The tragic event went on to show that small acts of kindness can build people up when they need it the most. 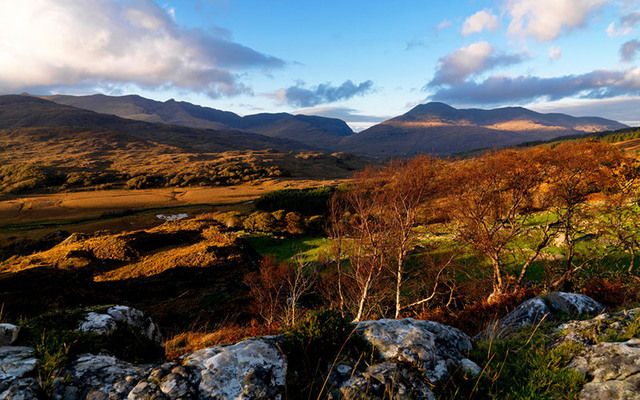 The Gap of Dunloe. Tourism Ireland

Don Theiler and his wife Janet were vacationing in Kerry when a cycling accident turned into a tragedy. After the freak accident, Theiler was shown compassion from the people of Killarney and the local Gardaí (Irish police).

To show his gratitude, Theiler wrote an in depth email to the gardaí entitled, “A tribute to people of of Killarney.”

"We decided to rent bikes on the 30th and see the sites on the lakes in Killarney National Park and the Dunloe Gap," Theiler writes.

"All was going well until Janet rounded an extremely sharp turn on the very narrow road in Dunloe Gap and struck a trailer full of lambs being pulled by a truck.”

After the untimely death of Janet, her husband has said that locals and the gardaí went above and beyond with compassion for his loss.

Theiler writes that he does intend to return to Ireland, regardless of the tragedy he endured while visiting.

An Garda Síochána, shared the email on their Facebook and said: “We are very happy that our small acts of kindness meant so much to Mr. Theiler in his time of need and are immensely proud of the members involved - Superintendent Flor Murphy, Sergeant Leo Randles, Garda Brendan O'Donovan, Garda Denis O'Mahony and Detective Garda Chris Manton.”

The tragic event went on to show that acts of kindness can turn around and build people up when they need it the most.

Theiler ended his email by saying, "Thank you Killarney you will be forever in our hearts ... I have never spent a more remarkable two and a half days under the most terrible of circumstances."

You can read the full letter here: