Leading Irish historian Dr. Ruan O'Donnell will discuss the legacy of “America's Fenians and Irish Freedom” on Wednesday evening, April 1, in the Bronx. 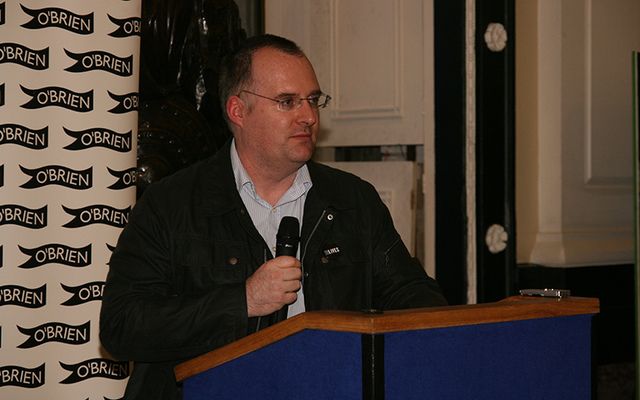 Would there have been a 1916 Rising without Irish exiles driven to America by the Great Hunger; exiles who fought for liberty in America's Civil War and then spearheaded the cause of liberty for Ireland?

That’s a very big question and leading Irish historian, Dr. Ruan O'Donnell, will set out to answer it while discussing the legacy of “America's Fenians and Irish Freedom” on Wednesday evening, April 19 at the Rambling House Party Room, 4292 Katonah Avenue at East 236th street in the Bronx.

The event, which starts at 7.30 pm with a $10 admission, will be hosted by the Ancient Order of Hibernians.

Organizers, said a release, are issuing special invitations to County associations and family representatives of some of the Fenian heroes who will be highlighted in the discussion.

"Dr. O'Donnell, of the University of Limerick, featured in the PBS documentary film ‘1916: The Irish Rebellion,’ eloquently noted during a centenary lecture tour last year that the vital American role going back to 1867 is too often neglected and not properly honored,” Galvin said.

And he added: "Dr. O'Donnell is expected to include the exploits of American Civil War heroes, like Galway-born Colonel Thomas Kelly, and Cork native, Captain Timothy Deasy. After their Civil War service, they returned to Ireland to lead Irish patriots.

“They arranged the spectacular escape of Fenian leader James Stephens from the British, before being captured themselves in England.

“Three men, including another Cork-born Civil War veteran Michael O'Brien, along with William Allen and Michael Larkin shouted 'God Save Ireland' as they were hung by the British in revenge and are known as the 'Manchester Martyrs.’

"The list of Irish patriots in America includes names like John Devoy, the head of Clan na Gael, Jeremiah O'Donovan Rossa and even the executed 1916 leader and American citizen Tom Clarke, who served a brutal prison sentence after being captured on a special mission organized in America, and lived in New York before returning to Ireland as Devoy's emissary to organize and head the Rising.

"Too often we do not cherish or pass on the proud legacy of the Irish in America. As an Irish-American organization committed to freedom for all Ireland, immigration reform and the promotion of Irish culture and history, the AOH is proud to sponsor Dr. O'Donnell to speak about true patriots of America and Ireland whose lives exemplify those themes."

As it happens, The Rambling House is just a short walk from where the aforementioned Colonel Kelly is buried in the veteran's section of Woodlawn Cemetery.

Organizers said in the event release that students are encouraged to attend the event and under 16s will be admitted for free. For ticket information call (914)318-1180.

The venue is near the Woodlawn Metro-North station 4 train, Deegan Expressway, or Bronx River Parkway.