Man found guilty of murdering Irish woman in Australia in 1997 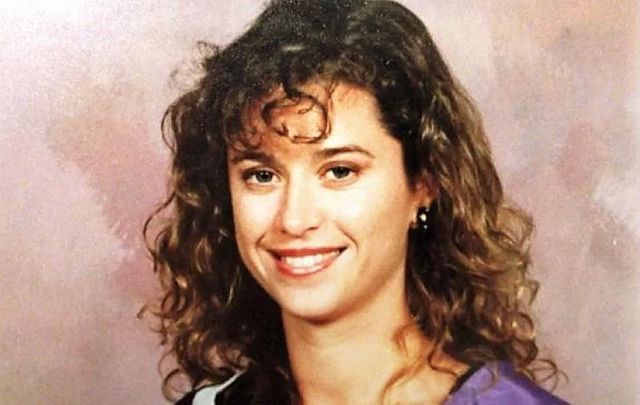 Ciara Glennon's murder has finally been solved after 23 years of investigations. Glennon Family

Bradley Edwards has been found guilty of murdering two women, one being Irish woman Ciara Glennon, in Claremont, a suburb of Perth in Australia, in the 1990s.

Bradley Edwards has been found guilty of murdering 27-year-old Irish woman Ciara Glennon in the Claremont area of Perth 23 years ago, bringing one of Australia's longest and most complex police investigations to an end.

He was also found guilty of the murder of another woman, Jane Rimmer, in the same area a year earlier.

Edwards, however, was acquitted of the murder of a third woman, Sarah Spiers, who vanished in 1996 and has never been found.

The three victims were all thought to be linked - all three women vanished after spending nights out with friends in the affluent area of Claremont over a 15-month period.

The murders were later dubbed the Claremont Serial Killings, named for the suburb of Perth where they occurred, and began with the disappearance of 18-year-old secretary Sarah Spiers in January 1996. Jane Rimmer, a 23-year-old childcare worker, went missing five months later in June 1996. Her body was found two months later.

Irish woman Ciara Glennon, a 27-year-old solicitor, vanished on March 15, 1997. Her body was found one month later in bushland an area to the north of Perth.

Both Ciara Glennon and Jane Rimmer were found with their throats cut and other defensive wounds.

The murders repulsed residents in Perth and triggered one of the largest police investigations in Australian history, but it wasn't until 2008, 11 years after Glennon's murder, that police made a breakthrough in the case.

DNA samples found under Glennon's fingernails were matched to someone who had previously not been suspected of the murders and, in 2016, those DNA samples were linked to Bradley Edwards.

A convicted sex-offender, Edwards committed his first known sexual attack on a woman when he broke into a Huntingdale home and indecently assaulted an 18-year-old acquaintance in 1988.

Edwards left a semen-soaked kimono behind when he fled the woman's home and that DNA was finally linked to the DNA found under Ciara Glennon's fingernails in December 2016.

Judge Stephen Hall, who presided over Edwards's 95-day trial in the Supreme Court of Wester Australia, said on Friday that he was satisfied beyond all reasonable doubt that Edwards killed both Glennon and Rimmer.

He said that Edwards's propensity for abducting women made it likely that he also killed Spiers but said that this couldn't be proved beyond reasonable doubt since Spiers's body was never found.

Justice Hall pointed to the similarities between the murders of Ciara Glennon and Jane Rimmer.

Both women had defensive wounds and had been killed in the same manner, while both women had fibers on their bodies consistent with the company car Edwards drove at the time.

The judge said that the DNA evidence was key to the guilty verdict.

Edwards reportedly shook his head as the guilty verdict was read aloud.

The trial was held without a jury given the high level of notoriety associated with the murders.

Edwards will be sentenced in December.

"When Ciara was deemed a missing person, I appealed for help to find her, in a press conference like this, in this very same room. And through tears, I said ‘She would fight for her life because of the way she was brought up’.

"And little did we know then how prophetic these words would be: as she fought to save her life she left us the vital DNA clues."

The verdict serves as closure for Denis and Una Glennon, who come from Mayo and Monaghan respectively. They moved to Australia when Ciara was just five years old.

Mr Denis Glennon makes a public statement in response to yesterday’s verdicts in the case of Bradley Robert Edwards.