Police suspect that Christopher Mooney (60) was murdered in his rural home by a man who was subsequently knocked down and killed. 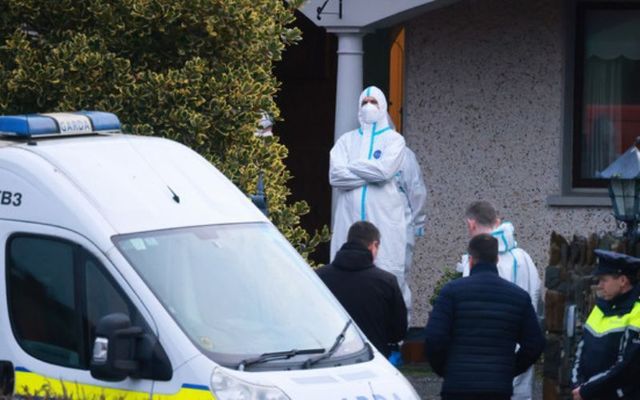 Gardai and forensics outside the house where a body was discovered outside Castleblayney, Co. Monaghan. Rolling News

A man who was stabbed to death in Monaghan on Thursday had previous convictions for child sex offenses, Irish police have confirmed.

Gardaí suspect that the 60-year-old victim Christopher Mooney was murdered in his rural home in Broomfield, outside Castleblaney, by a man who was subsequently knocked down and killed on a nearby highway after fleeing the scene on foot.

The other man was named as Kieran Hamill (37), with an address in Culloville, County Armagh.

Mooney was convicted almost 20 years ago of sexual offenses against a young male victim, while Hamill was facing a number of charges at the time of his death, including assault causing harm to a woman.

He was also due to appear in court later this month in relation to an affray charge, which was allegedly committed in Castleblaney earlier this year.

Gardaí in Castleblaney were called to Mooney's home early on Thursday morning after his brother arrived at the scene and raised the alarm.

Stephen Breen, the Crime Editor of the Irish Sun, told Irish radio station Newstalk that Mooney's brother was pushed out of the way by another individual who was also in the property at the time, which gardaí believe to be Hamill.

Gardaí from Carrickmacross were alerted to a road traffic crash at Ballynacarry Bridge on the N53 between Castleblaney and Dundalk roughly 30 minutes after the alarm had been raised at Mooney's home.

Hamill, who was pronounced dead at the scene, was walking northbound on the road toward the Northern Irish border when he was hit by a car carrying a number of occupants.

Gardaí strongly suspect that Hamill was fleeing from the Christopher Mooney murder scene when he was hit by the car, according to the Irish Times.

They are currently trying to establish any relationship or dispute between the two men and have searched fields and undergrowth in the area between the murder scene and crash scene, which are about 3km apart.

Breen told Newstalk that Mooney was released from prison in 2010 after his conviction in 2003, adding that he has kept a "low profile" since he was released in 2014 after serving time for a separate offense.

Breen also said there were reports that the man who was disturbed at the scene shouted "he had it coming" at Mooney's brother.

Gardaí have appealed for anyone who was in the Broomfield area, where Mooney was killed, between 5 am and 6.45 am to contact them. They have also urged any road users, especially those recording dashcam footage, who were around the scene of the crash before 7 am on Thursday to come forward and share the footage.