Newspaper publishes obituary of man who is still alive

Charlie Donaghy's family has slammed The Northern Echo after it published his obituary despite him still being alive. 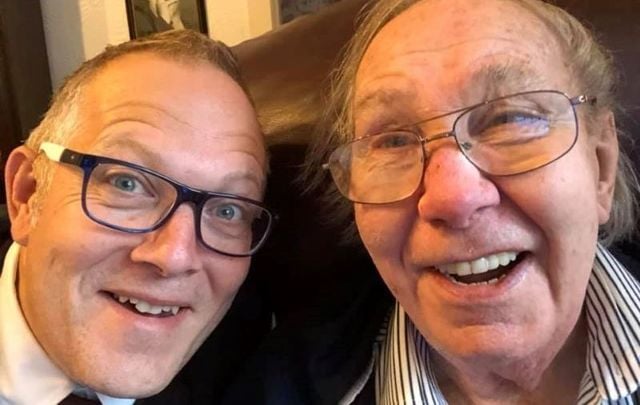 Ian Donaghy has slammed The Northern Echo after it erroneously ran an obituary for his father Charlie Donaghy. Ian Donaghy, Facebook

Charlie Donaghy’s family said they were “devastated” by the report

The Northern Echo newspaper, based in northeast England, has been slammed by the Donaghy family after it published an obituary for 83-year-old Charlie Donaghy who is still alive.

Read More: "Irishman dies from stubbornness, whiskey," Is this the greatest obituary ever?

On Facebook, Charlie's son Ian responded to condolences about the death of his father by clarifying that Charlie had not died:

To everyone offering condolences about my Dad...Charlie! He’s NOT died! This is NOT true... God knows where its come...

Ian later followed up with screenshots of the obituary:

Please SHARE with EVERYONE in the north east who knows my Dad or reads the northern echo ‘news’paper! You couldn’t...

On November 10, The Northern Echo issued an apology which said in part: “This morning, The website carried an obituary to Charlie Donaghy, a lifelong supporter of grassroots sport in the North-East.

"However, we are pleased to be able to report that Mr. Donaghy is alive and well.”

"We checked with three independent sources, including a representative of at least one of the clubs Mr. Donaghy worked with, who all confirmed the information, prior to it being published.

The newspaper says they removed the article from their website and social media channels as soon as they realized their error.

"We apologize unreservedly for our mistake, and for any understandable distress and devastation that was caused to Mr. Donaghy, his family, and friends.

Read More: Irish Americans pen hilarious obituary to father who “threatened to die in a recliner”

The Northern Echo also included a statement from the Donaghy family which read: “We are devastated by the inaccuracy of this report. This has caused immeasurable distress for my sister as well to many of Dad’s friends and supporters over the years.

"To allow this to be released onto the internet without checking with our family is unforgivable. Please ensure this never happens to anyone else again as you cannot unhear or unread that your father is dead.”

Please SHARE & feel free to add a COMMENT with your views about the NORTHERN ECHO on their FB page announcing my Dad’s...

Read More: Irish American mom writes her own obituary before her death

How would you respond to a fake obituary? Let us know in the comments