Hundreds of people gathered near the family home of the three McGinley children who were found dead. 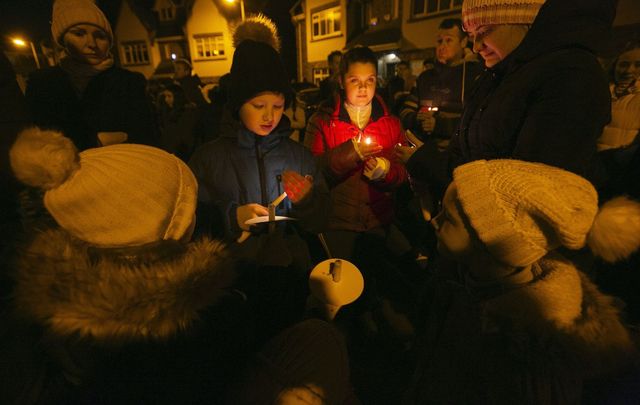 Hundreds of people gathered in Dublin for a candlelit vigil to honor the three children killed in their home as their father Andrew McGinley thanks the community for support.

Conor (9), Darragh (7) and Carla (3) McGinley were found dead in their Newcastle, south Dublin, home on Jan 24. The news sent shockwaves across the nation and several hundred gathered in freezing conditions near the center of the village, by the family home, where the bodies were found to pay tribute.

Andrew McGinley, father of the three deceased children, said that he was grateful for every message of support he had received. 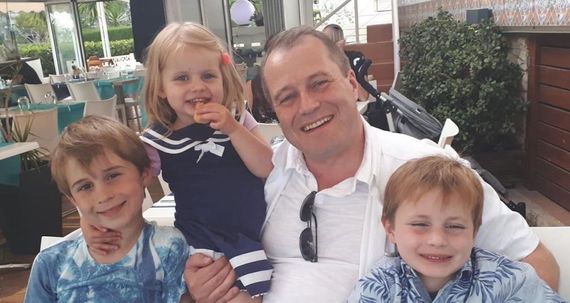 "Thank you all for coming here tonight, thank you for your love, your compassion, your support, and your friendship," he said, fighting back the tears.

"Conor, Darragh, and Carla were loved and adored by each and every one of us. They had a big, beautiful, and bright future ahead of them.

"Thank you for every note, every text, every letter, and every card. Thank you to anyone who has taken the time to send their condolences and to everyone that signed books of condolences. I will make sure to read every one of them."

McGinley was visibly moved by the support and empathy he received from the Newcastle community as well as the many toys that people had left as a mark of respect. 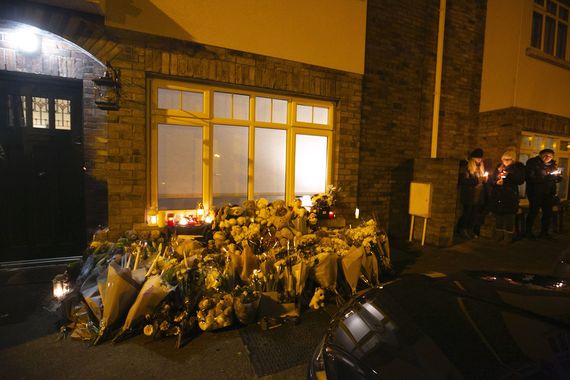 Flowers and mementos left outside the McGinley family house.

Dozens of toys, candles, and bouquets of flowers were left in rows in front of the McGinley family home.

A jersey from local soccer team Rathcoole Boys, where Conor and Darragh McGinley played, was also left outside the house with the message "forever in our hearts, thoughts, and memories" inscribed upon the back.

Father Kevin Doherty, the parish priest of St Finian’s Church in Newcastle, said the lighting of the candles was to symbolize finding light and solace in the darkness.

Ollie McNally, the chairperson of the Newcastle Community Group, said that the candlelit vigil was a chance for locals to express support for the bereaved family. 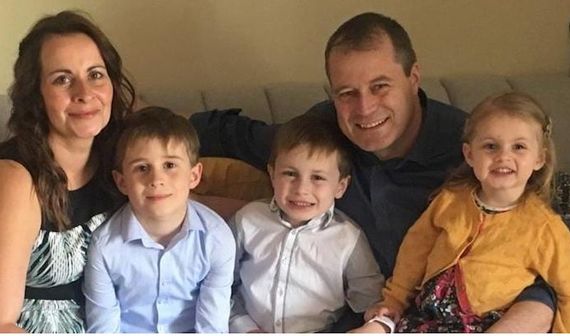 Andrew McGinley with his children and his wife, who was found at the scene of the crime in a disoriented state.

A woman was arrested on Tuesday, Jan. 28 of suspicion of the murder of the three McGinley children.  For legal reasons, her identity will not be released.

Deirdre Morley, the children's mother was found by a taxi driver in a disorientated condition near the family house shortly before the children's bodies were discovered. She was treated at Tallaght Hospital following the grim discovery.