Four years after Jashua Robert Tremblay first began grooming his victim on the internet, justice is due to be served today. 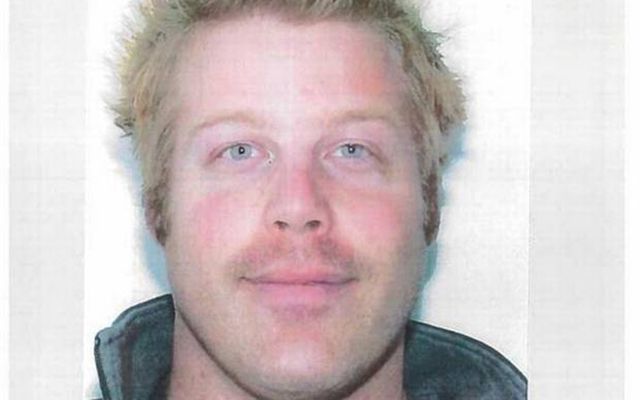 A Canadian pedophile who flew to Ireland twice to have sex with an Irish teenager he groomed online is to be sentenced by a court in Edmonton, Alberta today.

The father of three began to groom the girl online in 2013 after they met on an online forum. He sent her explicit pictures and asked her to do the same; when she turned 14 he flew to Ireland to meet her.

An "agreed statement of facts" sent to the jury illustrates how Tremblay convinced the young girl they were boyfriend and girlfriend who would eventually marry.

“I’m serious, I want to have 100 kids,” Tremblay told her, before elaborating that he would put her body to “good use.”

The young girl’s father - her only surviving parent - spoke in a victim impact statement of how his hurt at how Tremblay has “brainwashed” his young daughter.

He first became suspicious that something was amiss after Tremblay had spent a week in Ireland, staying in hotels and a tent.

He’d stayed in hotels and a tent and the pair had sex three times. A statement to the court says the victim was not forced but at only 14 she was three years too young to give her consent in Ireland.

Her father saw extracts from a letter he’d sent her and Tremblay told him in a phone call he was 19 and her pen pal. He promised her father he would break off contact between the two of them but went on to return to Ireland for a second visit.

Neighbors assumed they were a father and daughter on holiday together but became suspicious after observing the unusual affection between the pair. Gardaí (police) were called and Tremblay protested he was her dad.

Although not arrested at the time, law enforcement began an investigation and after correctly identifying him he was arrested by Canadian authorities in his hometown of Fort McMurray, Alberta in December 2015.

The victim’s father said after his arrest his daughter became incredibly distressed and had to seek counseling.

Although he was granted bail he confessed to breaching the conditions when he fled with his girlfriend and three children from the wildfires that devastated his hometown.

Prosecuting for the Crown Craig Krieger said that fleeing a natural disaster was understandable but his failure to tell the family in Fort Saskatchewan he stayed with for 11 days afterwards of his bail conditions was not.

Since his arrest he has undergone counseling and psychologist George Pugh concluded that he was not a pedophile and his behavior stemmed from his stress over being a father.

Tremblay’s crimes, Pugh wrote, should be considered “primarily a misjudgment regarding the basic rules of courtship.”

Krieger asked Justice Mary Moreau of the Queen’s Court Bench to consider rebuking Pugh when she hands down her sentence for the use of the word “courtship” to describe a non-consensual relationship with a minor.

Defending attorney Dan Chivers is arguing for a four year prison term but the Crown is seeking five years.

The decision is due today.

Update: Tremblay has been sentenced to four and a half years in jail by a court in Edmonton, Alberta today. Jashua Robert Tremblay entered guilty pleas to two counts of child luring, one of sexual interference and a further two counts of breaching bail conditions. He apologized to the court for his actions and blamed the breakdown of his marriage for his behavior. His sentence of four and a half years includes a ten-year ban on using the internet or being in places where children are likely to be after his release.