The man who traveled 4,000 miles to track down his Irish love he met for two minutes

A Canadian dentist flew to Ireland to find a woman he met for a mere two minutes during a vacation. 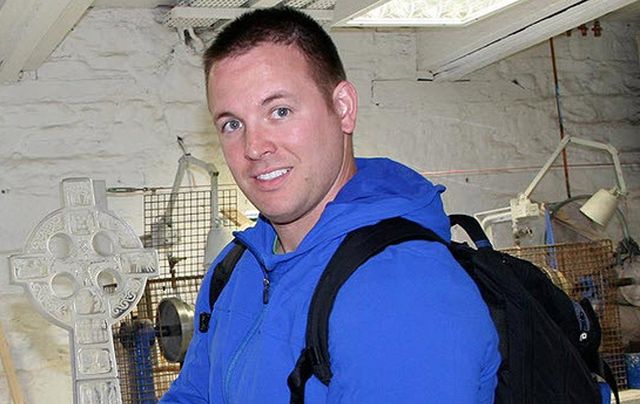 Canadian dentist, Sandy Croker, few to Ireland to find a woman he met for a mere two minutes during the summer of 2012. Facebook

A Canadian dentist flew to Ireland to find a woman he met for a mere two minutes during the summer of 2012.

Sandy Crocker (28), from the Pacific coast province of British Columbia, was determined to track down the lady he met in a County Clare pub.

Crocker describes the beauty as being in her mid to late-20s with freckles and reddish brown hair.

The chance encounter happened on July 9, 2012 when Crocker and his brother popped into An Teach Bia cafe in Ennistymon, County Clare, on their way to visit the Cliffs of Moher.

"She was eating and I didn't want to interrupt her meal so I waited until she was leaving and I asked her for directions to the Cliffs of Moher," he said.

"I was leaving Ireland a day later so, at first, I didn't see the point in pursuing things -- but after she left I decided I had to.”

Back home in Canada, Crocker was unable to get the mystery Irish lady out of his head.

He said: “I went back to work and my life, but there was always a joke here or there from my brother about the Irish girl in Ennistymon.

“She never left my mind, so I decided why not go back and try to find her.”

An avid surfer, he traveled around Clare in the hopes of finding his mystery lady before he visited Cork and Belfast.

"Maybe it's a shot in dark but if it is meant to be, if it's fate, then who knows what might happen?"

He told the Examiner upon his return "After what I felt was a solid effort I did not find the girl but was delighted with a wonderful vacation."