The Irish State lost the skull of an unidentified body known as “Ballinamona woman,” washed up in Wexford in 1995. 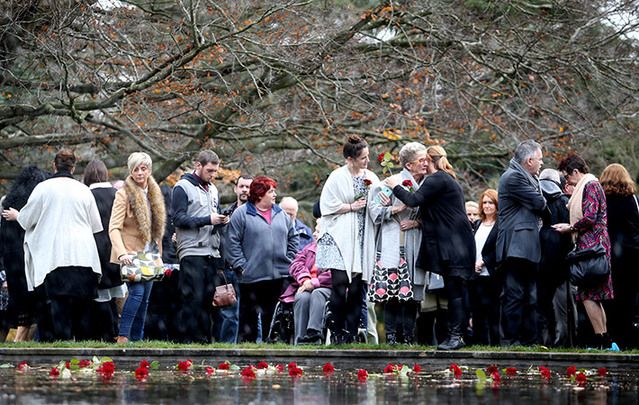 On December 12, 1995, a woman’s body washed up at Ballinamona Strand, Kilmuckridge, in Co. Wexford just a few miles south of the town of Gorey.

Over 20 years on and the gardaí (Irish police) are still unable to identify the “Ballinamona woman,” as she came to be known, and have even lost her skull in the identification process, only revealing this when her body was exhumed in 2007 for further testing.

Discovered with remnants of her clothes still on her body, it appeared that the body had been in the water for some time before reaching the Wexford shore. The upper half of the woman’s body was skeletal while the lower half still remained in tact.

Thanks to an unusual motif on the back of the durable jeans she had been wearing that had survived the prolonged time in water, Gardaí were able to confirm that she wore a pair of Lee jeans under the name “Rumor” that had been produced in Belgium in the 1980s and had never been officially sold in Ireland.

She also wore brown flat shoes that were branded with a four star symbol on the insole saying “Made in France.” Was she from Belgium? Or France? Or were the clothes’ origins bringing gardaí down a dead end?

As well as the flat, size 39 (Europe sizes) lace-ups, the woman had been wearing white socks and in the pocket of her jeans gardaí discovered two Volkswagen keys held by a ball shaped keyring. The gardaí never found the car to which these keys belong.

20 years ago, a woman's body washed up in Wexford and we still don't know who she is https://t.co/pMQxNNoR79 pic.twitter.com/eKhHg86u4d

When the woman was discovered, the police investigation worked with Interpol to establish if the woman could possibly be a visitor to Ireland, but no link to a missing women in Europe was ever discovered.

Unable to find a family or any friends, or even a name for the woman, she was buried along with the other unidentified bodies in Ireland.

The story received very little press and the “Ballinamona women” was widely forgotten until the story came to the attention of Irish families looking for missing women who had disappeared before the woman’s body was discovered.

Priscilla Clarke vanished in 1988 when she was swept away in the river Dargle in County Wexford’s neighboring county of Wicklow. Imelda Keane vanished from the county on the other side of Wexford, Co. Waterford, in 1994. Eva Brennan had also disappeared from Dublin in 1993. None of their families were aware that a woman's body was discovered in 1995 that may have been their loved one.

Barry Cummins is a reporter with RTÉ’s "Prime Time" and the author of “Missing, Without Trace and Unsolved” and he has been working with National Missing Persons Day in Ireland for the past three years as well as researching many cases of missing people throughout the country.

He feels that the manner in which “Ballinamona woman” was handled is a sure sign of the improvement needed in such cases in Ireland.

He was unable to find any evidence of a garda appeal when her body was found and no families were questioned or DNA properly tested to confirm the body was not one of the women on the missing person’s list.

“We started asking questions of gardaí and we soon found out they had never really considered that it might be Priscilla. We were totally shocked. We would have expected gardaí to have kept us up to date with any such discovery.”

It wasn’t until 2007, 12 years after her body was discovered that the then Justice Minister Brian Lenihan signed an order allowed “Ballinamona women” to be exhumed from her resting place in Wexford. DNA testing did not match Clarke, any other women missing in Ireland or any of the women in international missing persons databases.

To add insult to injury, it was also revealed when the body was exhumed that the Irish state had lost the woman’s skull before her first burial. The Garda Commissioner wrote to the Department of Justice stating that the skull had been removed in 1996 but that and other DNA samples had been lost.

“It is the clearest example of how the Irish State has failed missing people, not in an intentional way, but it has failed them nonetheless,” Cummins writes.

“I believe the Department of Justice is now much more aware of the shortcomings and failings in relation to unidentified bodies. It has not been stated publicly if samples from the bodies of any other unidentified persons have been mislaid.”

There has been improvement, he admits, and given these earlier mistakes the Department of Justice cope with missing person cases in a better manner than they did with this unidentified woman two decades ago.

“But there is something about the woman in Wexford that strikes at the very heart of missing persons,” he continues. “She needs us all to fight for her, to find her loved ones, to send her home, to make right the enormous wrong this country has done to her.”

Until that time, “Ballinamona woman” will lie in Grave Number 37 in Section A of St. Ibars graveyard in Co. Wexford, with no name to place on her headstone.