Black Irish woman Adejoke shared the video of the racist encounter on Twitter this week. NUI Galway has condemned the incident and said they reported it to authorities. 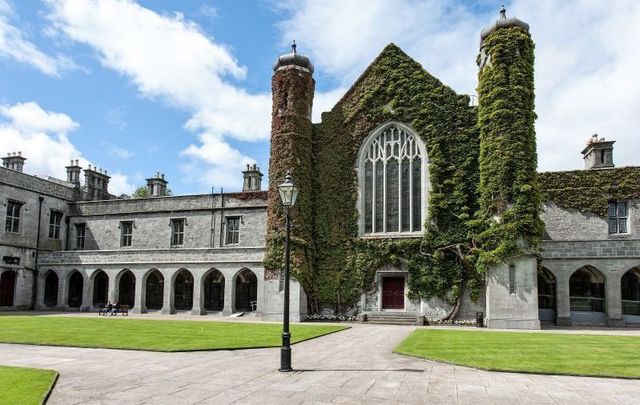 Black Irish woman Adejoke says she didn't react further for fear of being viewed "as a thug or a gangster."

A Black Irish woman Adejoke has shared a video in which a man repeatedly calls her the n-word and tells her to "go back to her country" during a racist incident in Co Galway.

On Wednesday, August 12, Adejoke, who is a student and rapper, shared her video on Twitter with the caption “Ireland isn’t racist ?? I was in Galway minding my business then this happened.”

Ireland isn’t racist ?? I was in Galway minding my business then this happened pic.twitter.com/3051rs7mqK

"Don't talk to me like that," Adejoke says to the man in the video. A man riding a bicycle can be seen attempting to block the man shouting the racist slurs.

"Where were you born?," the man demands, to which she replies "I was born here. Don't talk to me like that."

"Go back to your own country," he again shouts, continuing to use the n-word.

The video has been viewed more than 1.3 million times as of Friday afternoon.

Read More: WATCH: Imelda May’s powerful new poem “You Don’t Get to be Racist and Irish”

People are acting as if I didn’t want to slap the racist fool . If I did I would have been seen as a thug or a gangster stereotype , if not people are screaming and laughing saying your weak stfu please and face your front

Adejoke told The Irish Mirror: "Honestly, I'm used to it. This wasn't my first experience dealing with a person speaking to me like this."

She added: "It's sad that I'm judged for the colour of my skin, or my black features, music, and culture when someone who wasn't my skin colour would be glorified for the exact same thing.

"Enough is enough and change is needed."

On August 14, NUI Galway shared a statement on its official Facebook page that read: "The University has contacted the Gardai about reports of a racist incident on campus.

"As a University of Sanctuary, where respect and openness are our core values, we find any incidence of racism abhorrent.

The account for NUI Galway's University of Sanctuary initiative issued a statement that called upon Ireland's Department of Justice to introduce "more robust hate crime legislation:"

The abhorrent incident which occurred @nuigalway yesterday does not reflect our university's ethos as a University of Sanctuary. We expect that @DeptJusticeIRL will introduce more robust hate crime legislation to counter such discrimination across Ireland. Solidarity! @POSIrl