The bodies of Fr Stephen Rooney from Belfast has been found following a powerboat accident off Grosse Ile, MI. 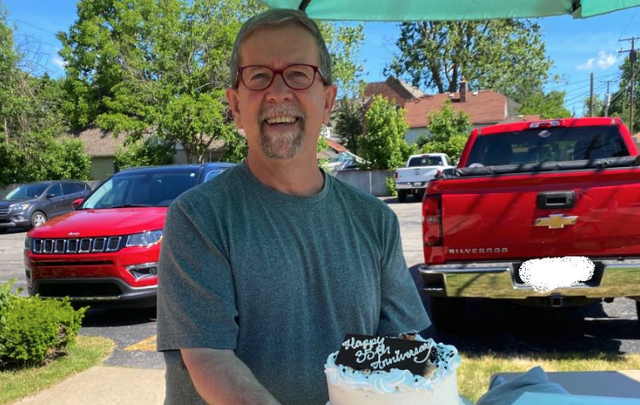 The body of the boat's pilot has been recovered following a powerboat capsize on Sunday which saw 14 people in the water. A vigil as held for the Belfast priest in his home parish on Wednesday evening.

Police have recovered the body  Father Stephen Rooney and his friend and parishioner Robert Chiles (52) of Grosse Ile, the pilot of a 39-foot powerboat that capsized, on Sunday, in the Detroit River. The incident took place off Grosse Ile, an island between Michigan and Ontario, Canada.

The accident sent 14 people into the water. The other passengers sustained minor injuries.

The Detroit Free Press reports that police are continuing to investigate what caused the boat to capsize.

Lieutenant Ken Pelland of the Grosse Ile Police Department said "We're still looking into the factors that led to the crash."

He continued "They're interviewing people and trying to figure out how to best reconstruct this accident. Obviously, conditions can change ever so slightly, you know, minute by minute, whether it's the waves in the water, or something else."

It is not yet clear how fast the boat was going but Lt. Pelland added "We do know he wasn't at regular cruising speed, like on a leisure tour. We know there was speed involved in the crash."

Fr. Rooney is a priest at St. Joseph's Catholic Church in Trenton, Michigan.

At St. Matthew's Church, in east Belfast, on Wednesday night a vigil was held in the rain. A round of applause erupted for the missing priest the Belfast Telegraph reports. The vigil was attended by Fr. Rooney's brother Philip.

On social media, Fr. Rooney's family issued a statement that read, "thank you to everyone who has sent their love and offered prayers for our brother Fr Stephen Rooney."

A vigil has been held at Short Strand in east Belfast for missing priest Fr. Stephen Rooney. The 66-year-old local man is feared dead in a boating accident near Detroit in the United States. His brother Philip thanked everyone for their kindness and support.

“The esteem in which Fr Rooney was held was very clear from the reaction to the news in the Archdiocese of Detroit and the way people gathered on the river bank."

Nearly 200 people gathered on Monday night at Fr Rooney’s church for a vigil in the car park.

Parishioner Tricia Mohr said of Fr Rooney: “He always made you laugh.

“He served God with such joy. He was a great guy.”