Given only six months to live, in 2015, Rebecca Gibney's Mum made sure the time she had left was as special as possible. 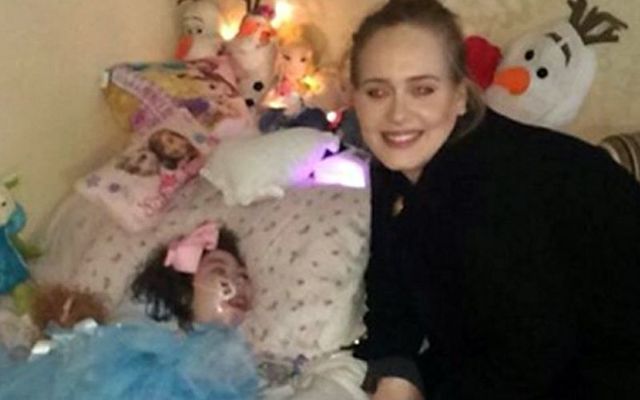 The Belfast girl secretly visited by Adele died peacefully at home on St Stephen's Day after a long battle with epilepsy and cerebral palsy.

In 2015 Rebecca Gibney, then aged 12, was given six months to live. Her Mum, Tracey, wanted to make sure that whatever time she had left was as special as possible and she organized a social media campaign to try and get her favorite  pop star, Adele, to visit her daughter.

@Adele hope u got my mail please visit the FB page help Rebecca meet her idol you on her mums page Tracey Gibney pic.twitter.com/v3yiqwKywe

And it quickly succeeded: not long after Tracey got a call from Adele’s manager to say the singer would drop by her home that very afternoon.

"It's amazing. I'll never forget it. And I do know that when Rebecca passes away she did get her dream come true," Tracy said.

Afterwards they attended Adele’s concert in Belfast as special guests of the singer and the memory of the singer's kindness remained with her to the end.

Read More: Adele brings her Irish imitators up on stage in Dublin (VIDEOS)

“She was my world,” Mum Tracey told the Irish News.

“She was Joanna’s world, we would have kept her with us forever, only it wouldn’t have been fair on Rebecca.

“Everyone who met her loved her. We were delighted when Adele called to our house.

“Rebecca listened to her music all day and at night when I put her to bed I had to put Adele on for her, you could see it made her happy.

“She brought so much love and joy to our home. We’ll miss her every day, she was a little angel”.

A funeral Mass will be held on December 29th at St Matthews Church after which she will be buried in Roselawn Cemetery.