Passengers just couldn’t wait for the plane to get to Paris. 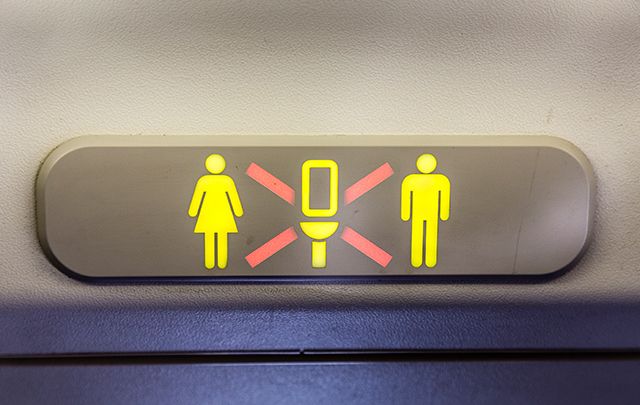 Passengers just couldn’t wait for the plane to get to Paris. iStock

A British Airways/OpenSkies flight from Newark, New Jersey bound for Orly Airport in Paris was forced to makes an emergency stopover at Shannon Airport so passengers could use the restroom. Contacting air traffic control with their unusual request, the pilot said the plane had  “serious problem with their toilets”.

The Boeing 767-300 had been making steady progress across the Atlantic when the crew reported that the toilets on board the 26 years old aircraft were “unserviceable” and that there were passengers with an “urgent need” to relieve themselves.

About 370 miles southwest of Ireland the crew decided to reroute to Shannon, touching down at 7.30 am local time to the relief of the 172 travelers on board.

The plane taxied directly to the terminal, where the staff was on hand to meet them and the broken toilets were fixed immediately by maintenance.

“It’s a very strange thing to come through Shannon for but that’s the case,” the pilot was heard musing to staff upon arrival.

After passengers had used the facilities the plane took off again and made it to Paris a little later than expected at 9.38am local time.

Whilst unusual, this isn’t the first time that Shannon Airport has been used because of bathroom malfunctions: in 2007 a Continental Airline flight similarly made an unexpected pit stop at the Co Clare airport when one of its toilets overflowed on a trip from Amsterdam to Newark. Passengers complained about the smell and the pilot decided to get it fixed before it got any worse.

An OpenSkies Boeing B757.

Similarly, in 2013 a Lufthansa flight from LA to Munich in Germany made a brief stop at Shannon because of “problems with the toilets”.

So it would seem there are quite a few people out there who when asked the question, “have you ever been to Ireland?” might reply, “yes, but only to use the restroom.”

Read more: Drama in the sky over Shannon as US airliner makes emergency landing