The crew on-board the U.S. Coast Guard Barque Eagle has developed a love for Irish oatmeal, after recently setting sail from Waterford. 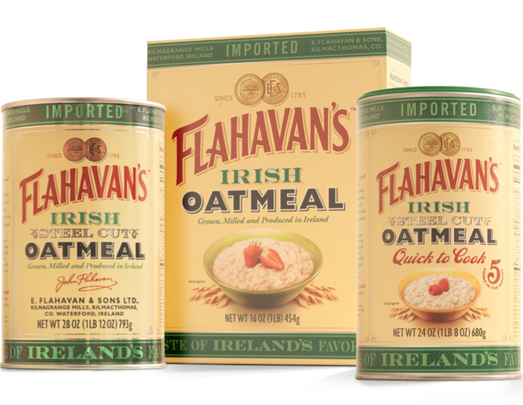 The 140-plus crew took a consignment of Flahavan's Irish Oatmeal with them to help them on 9-week voyage to New York.

America’s Tall Ship anchored in Ireland as part of its Summer Training Cruise and will make eight port calls over the coming months, beginning in Waterford and ending in New York on August 5.

"We were delighted to present the crew of the U.S. Coast Guard Barque Eagle with Flahavan's Irish Oatmeal, which should certainly help keep their energy levels up as they complete the rest of their voyage. As we know, breakfast is the most important meal of the day, whether you're on land or sea," John Noonan, Sales & Marketing Director of Flahavan’s, told Waterford Today.

"The Eagle is a magnificent sight when in full sail. It was great to see her docked at the quays here in Waterford ahead of the Tall Ships Festival, giving us a taste of what to expect at the end of June," he added.

The USCG Barque Eagle, built in 1936, is celebrating its 75th anniversary of construction. The Tall Ship was constructed in at the Blohm and Voss Shipyard in Hamburg, Germany in 1936 and was one of the three sail-training ships operated by the pre-World War II German Navy.

Teaching the Irish (and Others) to Love Irish Food – It's Complicated