American firefighters have died battling bushfires in Australia after the water-carrying aircraft they were flying in crashed. 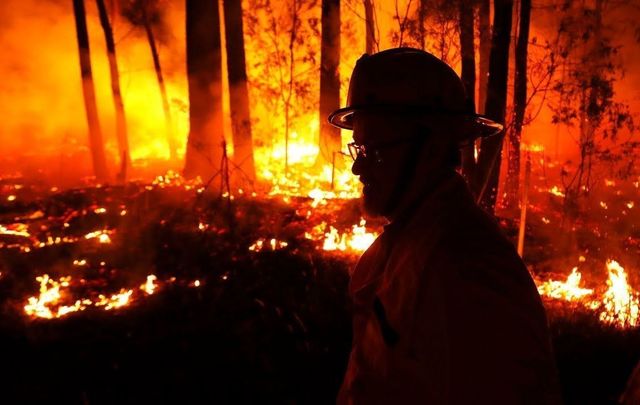 Three American firefighters have died battling bushfires in Australia after the water-carrying aircraft they were flying in crashed.

The water-bombing tanker - a Lockheed C130 - lost contact with the ground at about 1:30 p.m. local time on Thursday and is believed to have gone down near the town of Cooma, where it was fighting a bushfire.

The cause of the crash has yet to be determined.

The NSW Rural Fire Service is investigating reports of a serious incident involving an aircraft in southern NSW this afternoon.
Contact was lost with a Large Air Tanker which was working in the Snowy Monaro area. #nswrfs #nswfires pic.twitter.com/i6u1mlZsZ0

The aircraft had been chartered by the New South Wales Rural Fire Services (RFS) to help tackle the fires which have plagued the Australian region for months, according to Gladys Berejiklian, State Premier of New South Wales.

Local authorities carried out a ground search of the wreckage on Thursday afternoon but none of the bodies were recovered.

"Unfortunately, as we've been saying all along, the fire season is far from over," Berejiklian said in a press conference on Thursday. "Today we've seen tragic consequences where three people have lost their lives after a large aircraft crashed in the Snowy Mountains Monaro region.

"Our thoughts and prayers and heartfelt condolences go out to their families."

Berejiklian said that the crash demonstrated the dangerous work being undertaken by emergency services in Australia and served as a reminder of the sheer magnitude of the Australian bush fires. She said that over 70 aircraft had taken to the skies on Thursday alone in order to extinguish the fires.

The RFS confirmed that there were at least 84 bushfires in the New South Wales region on Thursday morning.

Thursday's fire outside Cooma was reported to be a 250,000-hectare mega blaze formed when four or more separate fires fuse together.

Coulson Aviation, an aerial firefighting company that owned the downed plane, released a statement on Facebook also confirming the tragedy.

The company said that the aircraft was carrying a huge amount of fire retardant and that it was on a firebombing mission.

"The accident response team has activated as well as local emergency services," the statement read. "Coulson Aviation will be sending a team to the site to assist in emergency operations."

American firefighters have played a key role in the fight against the raging bushfires. So far, over 200 have been deployed to Australia to assist in the effort to halt the fires' progress, according to the US National Interagency Fire Center. A total of 71 US personnel had been sent to the New South Wales Region.