The recyclable heat will be provided to offices and 133 affordable apartments. 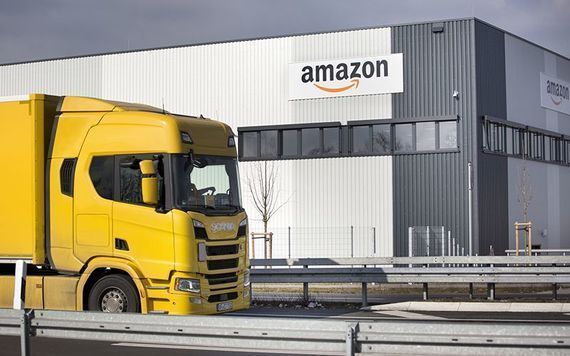 An Amazon data center located close to the center of Tallaght in South Dublin will be used to provide heat to local homes and offices.

Local residents were given the opportunity to inspect the progress of Tallaght's pilot District Heating Scheme as part of the Dublin Climate Action Week, reports RTÉ.

The heat from the data center will be distributed by pipes around the center of Tallaght.

The recyclable heat will be piped to the council headquarters at County Hall, the local library, and to the Tallaght campus of the Technology University Dublin.

Heat will also be provided to 133 affordable apartments and an innovation center for hosting tech start-ups -- both to be built on the same site on public land.

South Dublin County Council has said it expects the system, which will be installed and operated by the Finnish company Fortum, to be up and running by the end of March next year. The project will cost around €9m.

"Over the lifetime of the scheme there could be two to three thousand apartments served by this district heating scheme," said South Dublin County Architect Eddie Conroy.

Heat generated by a huge Amazon data centre in south-west Dublin is to be used in homes in the area - the first scheme of its kind in Ireland. pic.twitter.com/bXNPuEgKJ8

He said that the project will save around 1,500 tons of carbon emissions in its beginning phase, but that will ramp up as the scheme expands.

The costs to customers will be similar to gas heating.

The national target is for 10 percent of all heating needs to be met by district schemes by 2030.

"At the moment in the Dublin region 65% of all our heat demand is feasible for district heating, so if we could get half of that connected to district heating it would be a big success," she said.