An “African Air Plume” will bring temperatures of up to 70F to Ireland. Spring has finally arrived after what’s felt like a very long winter. 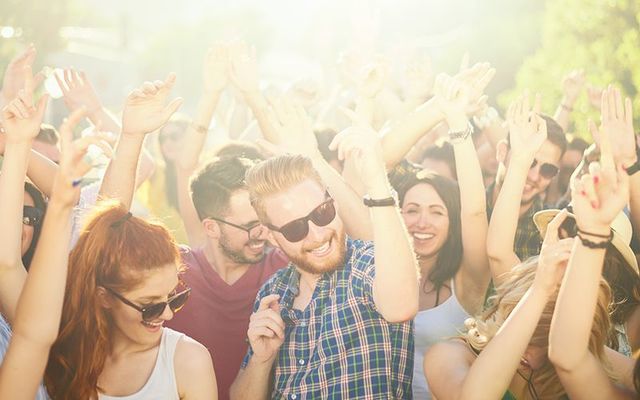 Ireland you may put away your winter coats! The temperatures are on the up! iStock

An “African Air Plume” will bring temperatures of up to 70F to Ireland. Spring has finally arrived after what’s felt like a very long winter.

It seems that after what has felt like a very long winter in Ireland, including storms Ophelia, Emma and most recently Irene, the country’s weather luck could finally be changing as temperatures are finally on the up. A weather front nicknamed the “blowtorch” is moved north toward Africa, from Ireland.

Met Éireann, Ireland’ metrological experts, have forecast that Ireland is on track for temperatures of up to 70F (20C) this coming weekend.  This is all thanks to a hot air front being brought from Africa. The 1,500-mile-wide “African Air Plume” will move across southern Europe and reach Ireland by Wednesday.

Met Eireann have forecast highs of 18C this week but forecaster John Eagleton has now said this could soar to 20C in parts.

Speaking on RTE Radio One's Morning Ireland forecaster John Eagleton said: "The temperatures have finally improved, and they will stay up there.

"We're pretty certain they will hit 18C on Thursday. There will be very little wind on Thursday and Friday.

Here’s a run-down day by day:

On Thursday the Irish weather will remain dry and sunny with highs of between 59F and 62.6F. Much the same can be expected on Friday.

Thankfully, according to Met Éireann, this warm weather will remain through the weekend with high temperatures of 70F on both Saturday and Sunday.

Saturday could hit 20c now in many areas of Ireland with some sunshine too! Anyone selling ice-cream or BBQ's get ready, this could be your weekend ? pic.twitter.com/XD5tTVlWtf

However, this dry sunny weather comes after torrential rain during the first days of April and extraordinarily cool temperature in the early month of 2018. It’s feared that this pattern in weather could cause the worst fodder crisis for farmer since 2013.

Dairy and beef farmer Padraic Joyce told The Irish Times “This year has been extremely expensive for us. This is going to affect fodder for next winter. Normally at this time we would have fertilizer out and we haven’t that done at the present time. I’ve been stretching what fodder I have but we’re running out of money.”