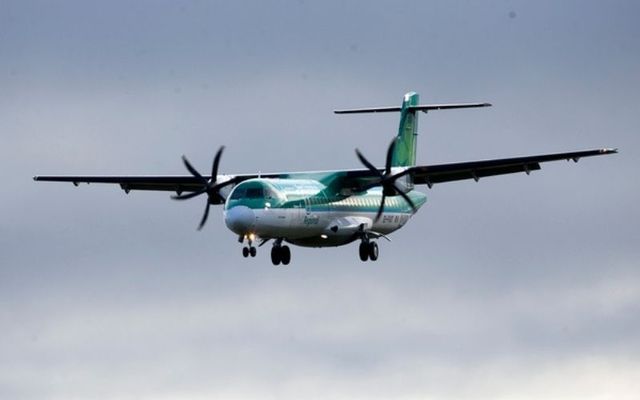 Aer Lingus has canceled 12 regional routes with immediate effect after its agreement with Stobart Air ended suddenly on Friday night.

Stobart Air informed Aer Lingus late on Friday evening that it was terminating its franchise agreement and in the process of appointing a liquidator.

The airline advised customers booked on flights operated by Stobart Air to avoid going to the airport.

In a statement on Friday evening, Stobart Air apologized to customers for canceling flights on short notice.

The company also acknowledged the "significant contribution, loyalty, and dedication" of its 480 staff.

"This unavoidable and difficult decision means that all Aer Lingus Regional routes, currently operated by Stobart Air under its franchise agreement with Aer Lingus, have been cancelled," Stobart Air said in a statement.

The airline cited the financial implications of the COVID-19 pandemic for the decision, stating that its weekly operating schedule had been reduced by 94% since March 2020.

Stobart Air's contract with Aer Lingus was due to expire at the end of next year and operated a fleet of 13 aircraft based in Ireland.

Aer Lingus had already been in advanced talks with Emerald Airlines about taking over the regional contract prior to Stobart Air's announcement and had expected to finalize the deal soon.

Aer Lingus also announced yesterday that it was canceling several European routes for the remainder of the year due to poor demand from customers.