More than 2,500 women entered the record books yesterday when they stripped off at a secluded, sun-kissed Co. Wicklow beach to take part in the largest-ever skinny dip. 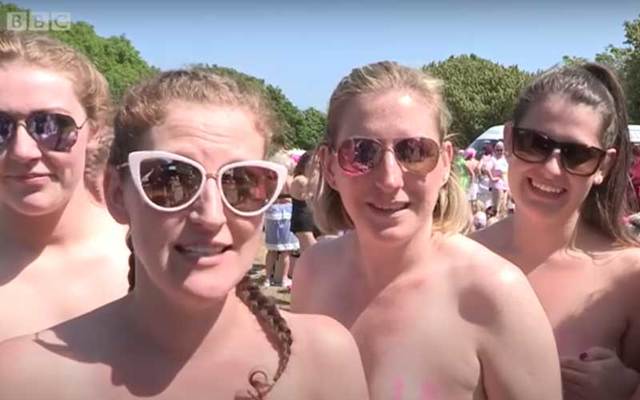 More than 2,500 women entered the record books yesterday when they stripped off at a secluded, sun-kissed Co. Wicklow beach to take part in the largest-ever skinny dip.

A Guinness adjudicator, who had flown in from Italy, confirmed that 2,505 naked women spent at least five minutes in the sea to set the new world record.

The previous record had been set in 2015 in Perth, Australia, when 786 people took part in a collective nude dip.

The charity helps families who have children suffering from cancer.

But interest in this yesterday's event exploded after organizers put out a rallying call earlier this year for extra participants to get involved to help create the new world record.

And their efforts were rewarded, with women flying in from all over the world to join in the fun, including the US, Canada, Australia and South Africa.

Organizer Deirdre Featherstone, herself a cancer survivor, said she was delighted at yesterday's huge record-breaking effort.

In a Facebook update, she said: "We've done it. We are in the Guinness Book of Records. 2505 ladies stripped and dipped. Incredible day in Wicklow."

She added: "The most important thing is that we've raised a lot of much-needed funds for Aoibheann's Pink Tie."

For more information, including how to donate, check out www.kickingtheshiteoutofcancer.com.