Tucked away in a quaint cottage in the resort area of Door County, Wisconsin, O’Meara’s Irish House brings a little bit of Ireland to Wisconsin. 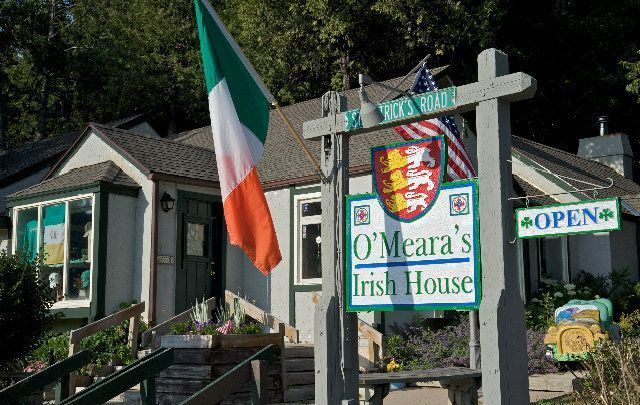 Tucked away in a quaint cottage in the resort area of Door County, Wisconsin, O’Meara’s Irish House brings a little bit of Ireland to Wisconsin.

Across the country, local Irish and Celtic shops represent the heartbeat of Irish culture in their communities, a place for Irish Americans to connect with their roots and for those in the larger community to learn more about everything Ireland has to offer. During this unprecedented time, IrishCentral is shining a light on local Irish stores and the dedicated shop owners who pour their hearts and souls into providing the best possible experiences for their customers.

O’Meara’s Irish House is located in Fish Creek, in the resort area of Door County. The locality originally had some Irish settlers, but most of the people who come into the store are first, second or third-generation Irish American and come from Chicago and Milwaukee. 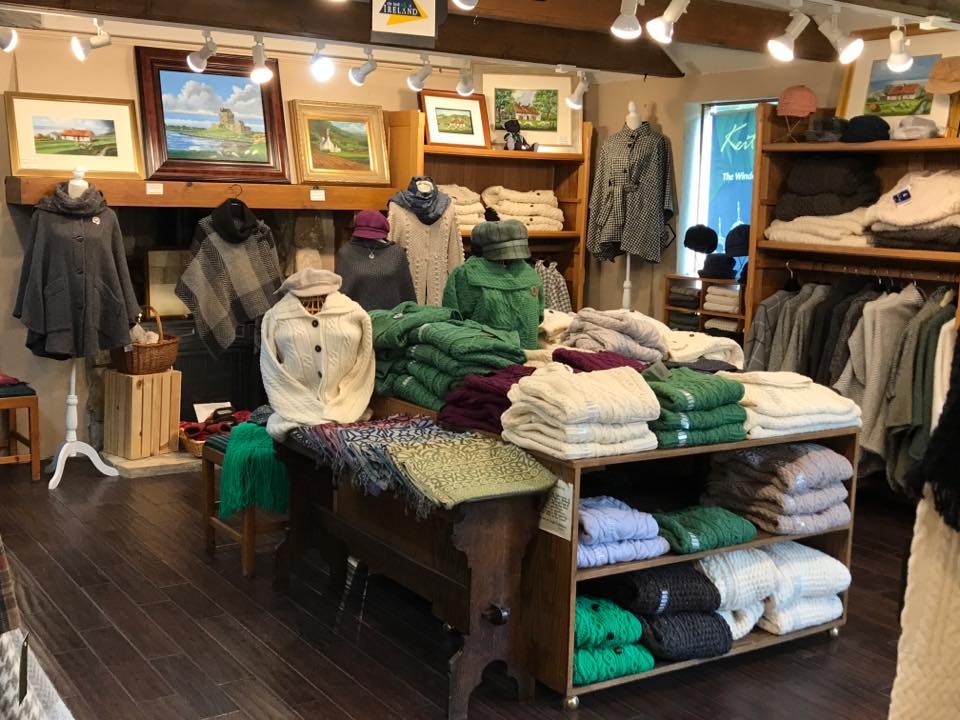 Current owner Megan O’Meara purchased the store in April 1999 as its second owner. The store was previously owned by the Murray family, who started it 24 years earlier. Megan had been in Door County for Thanksgiving with her family the November before and learned that the store was for sale. “It was kind of a lark, but I started looking into it,” she told IrishCentral. “When my loan was approved on St. Patrick’s Day, I thought that was a very good sign that I was making the right decision.”

Megan’s connections to Ireland run deep. Her paternal grandfather was from Lorrha, County Tipperary and her mother’s people were from Mayo and Donegal. “Growing up in the Chicagoland area, being Irish American was something to be celebrated,” she recalls. “My sisters and I took Irish step dancing lessons, we marched in the St. Patrick’s Day parade in downtown Chicago and saw the river being dyed green. I could not wait to get the chance to see Ireland in person. While studying abroad in Paris my junior year at college, I took the ferry from France to Cobh as my first trip to Ireland.” Luckily, her work typically brings her to Ireland once or twice a year - the store has a tradeshow in Dublin every January at the RDS and she hosts tours to Ireland in the spring. 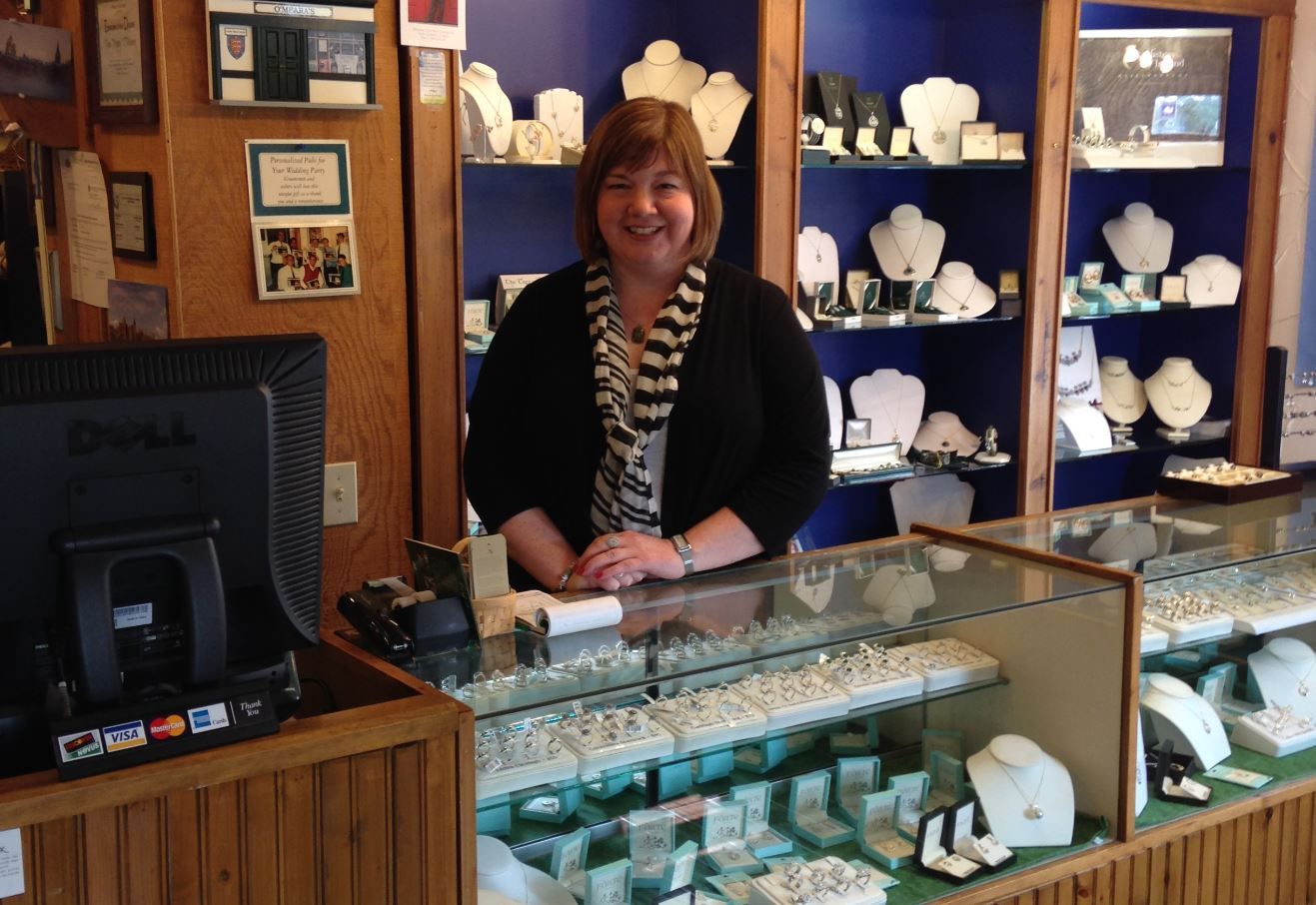 Megan shared that O’Meara’s has had the privilege of having families come to the store for several generations. “It’s common for customers to come in with children and grandchildren since they are all on vacation together. I also have a lot of local customers or people who call Door County home for the summer season,” she said.

O’Meara’s offers jewelry from Solvar, Shanore, Keith Jack, and Fado, and they are known for their wide selection of capes and accessories from Branigan Weavers and Jimmy Hourihan. Customers build on their sweater wardrobe when they visit the store and typically add a sweater or two from Aran Woollen Mills. They also recently added Dubarry of Ireland line since Megan loves their fabulous boots and their entire range.

As for her personal favorites, Megan enjoys “little luxuries like Butler’s chocolate and the heather and moss soaps from Fragrances of Ireland. I love stocking things that I’ve seen getting made in Ireland such as the capes from Branigan Weavers and the sweaters from Aran Woollen Mills. I love that there is a story behind almost every product that I stock.” 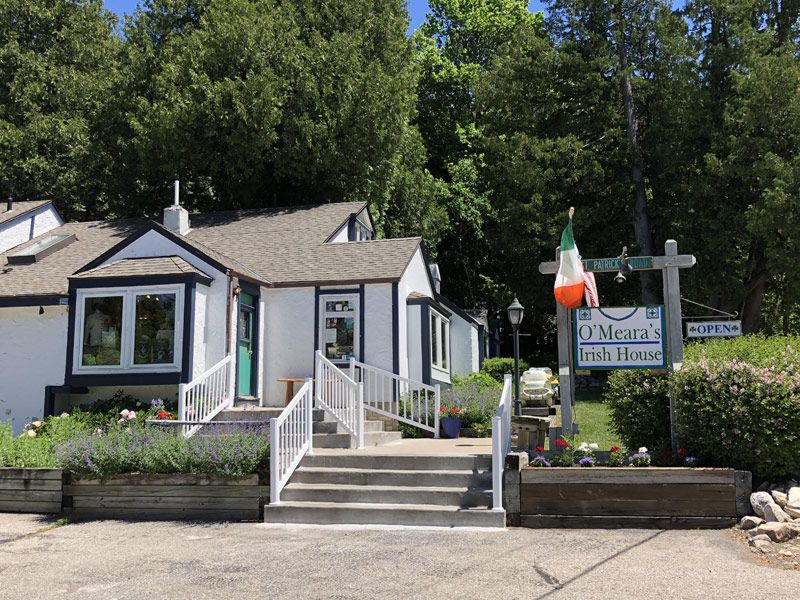 Since O’Meara’s is located in a resort area, their busy season typically begins in May and ends in October, with the most clientele seen in August through the end of October. Other special days include St. Patrick’s Day, of course, and open houses held over Labor Day weekend and the first week in December.

This year, things have obviously been different in light of the Covid-19 pandemic. When we reached out to Megan, the store had been closed for nine weeks in accordance with local health and safety guidelines and was just preparing to re-open to the public. While the storefront has been closed, Megan has been working hard from home on adding new products to O’Meara’s website, shipping orders, renovating the store’s “Wool Room,” keeping in touch with customers through newsletters and social media, and ramping up to start a local delivery service. 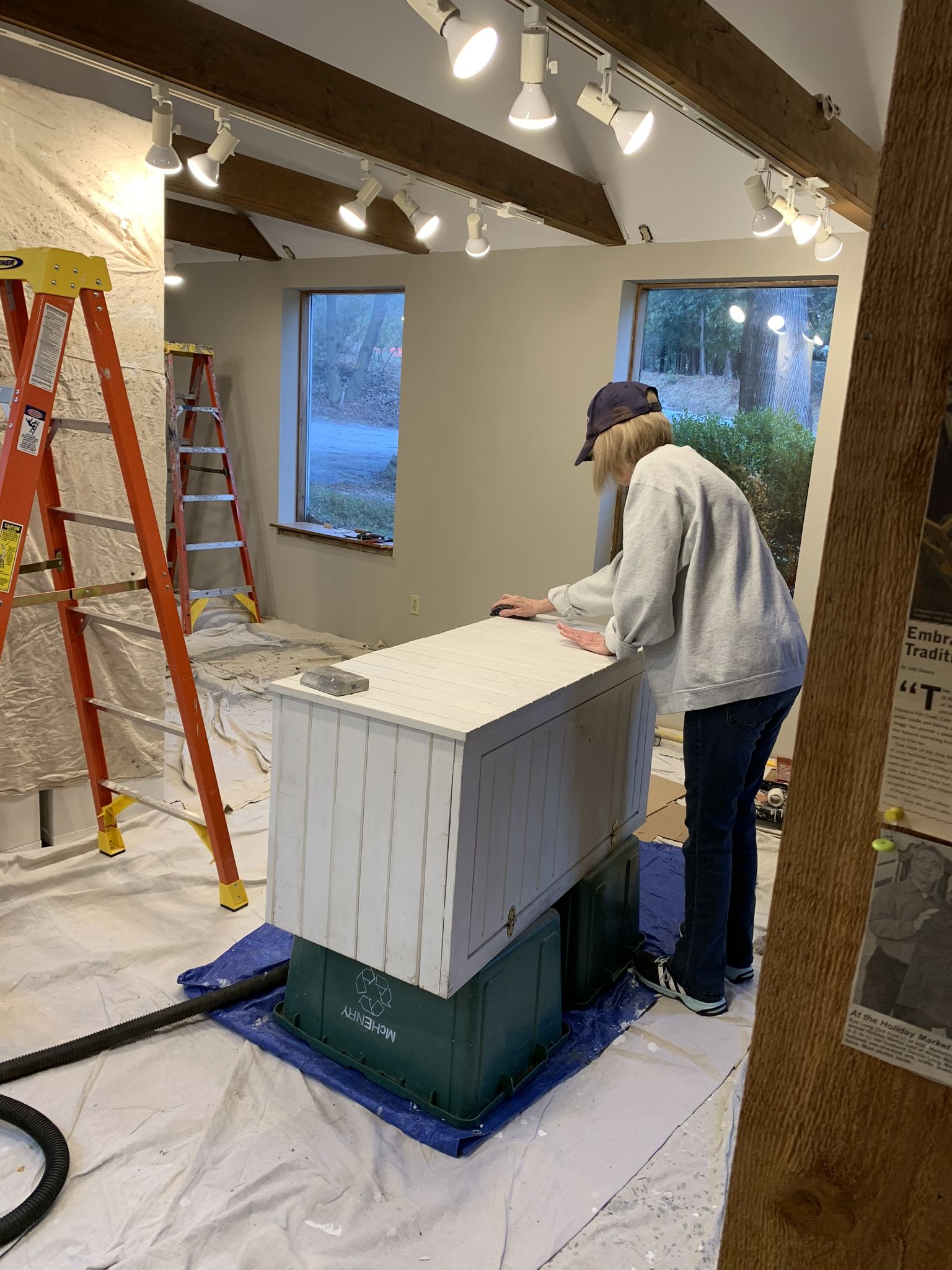 While the physical shop has been closed, Megan and her parents, Tom and Mary Jean O'Meara, have been updating the shop's Wool Room. Pictured here: Mary Jane hard at work.

“This isn’t going to be a typical tourist season,” Megan acknowledged. “However, we cannot wait to welcome our customers back safely and warmly, which also goes for our one suite guest house above the store.”

You can visit O’Meara’s Irish House online at omearasirish.com, email them at countydoorirish@gmail.com, reach them by calling the store at (920) 868-3528, or via any of the following social media channels: Facebook, Twitter, Instagram.

Discover one of Missouri's finest Irish stores- the Celtic Ranch