The industry has a lot of musicians of Irish descent- from Niall Horan to Billie Eilish and even Mariah Carey.

In partnership with:
Platincasino 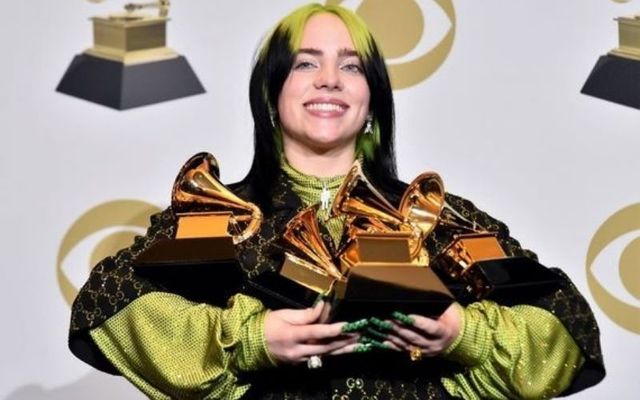 Pop music is one of the most celebrated genres in music.

Rising in the 1950s, its growing popularity is mostly because of its widely diverse style. Moreover, each country integrates its own cultural roots in it. Through the years, pop music has taken many forms and every artist's or band's music has had its own touch. The industry has a lot of musicians with Irish descent- from Niall Horan to Billie Eilish and even Mariah Carey, whose mother was Irish-American. And it's not just pop music being influenced by the Irish; the UK's gambling scene has also introduced Irish-themed slots like the ones in Platincasino online.

In many cases, the Irish lineage runs beyond the family and has influenced music in more ways than one. With Irish grandparents, famous musician Ed Sheeran, has always been vocal about his love for Ireland. Irish singer-songwriter Van Morrison played a major role in Sheeran’s love for music. In fact, his song Galway Girl is a wonderful collaboration between him and the Irish folk band Beoga and draws heavily from Irish tunes.

Other singers like Kate Bush and David Bowie were born into a families of Irish descent, but the Irish influence is more prominent in Bush's music than in Bowie's. Kate Bush is proud of her roots, and learned from Irish folk songs and ballads of older years. The kind of Irish music her mother used to listen and dance to was her biggest influence, and her Irish roots are pretty evident from songs like ‘Army Dreamers’ and ‘Violin’. You might be surprised to know that the 'Old Before I Die' singer Robbie Williams has rich Irish influences in his life as well.

Some of the biggest British pop bands have upheld their Irish roots with pride. When one speaks of pop, they can never overlook the revolution brought about by The Beatles in the industry. And although the band never produced Irish music per se, Paul McCartney and John Lennon separately released songs like 'Give Ireland Back To The Irish' and 'Luck Of The Irish' respectively after it broke up. Such political inclinations come up rather strongly in the famous pair of singer-songwriters.

On the other hand, one half of Oasis, Noel Gallagher, had his own two cents to share on the band's Irish heritage. He described its sound as a combination of Irish and council estate. Even other bands like The Smiths drew influences from Morrisey's 'Irish Blood, English Heart' in creating songs like 'Please, Please, Please, Let Me Get What I Want'.

It is rather amazing to find out the inspirations that go into making such musical masterpieces. Pop music has always been a huge favorite amongst the masses, taking a different essence that is particular to the region it comes from. And from the depths of Ireland came big hits that are now up on the hall of fame. From Dusty Springfield to Hozier, several artists have their names in the Irish lineage. Why not listen to your favorite pop artists and try to figure out if there is any Irish influence there?