"We were retreating into private life ...It’s time, for me at least, to burst that bubble and climb outside of it. Time to take action, to stop pretending, to resist." 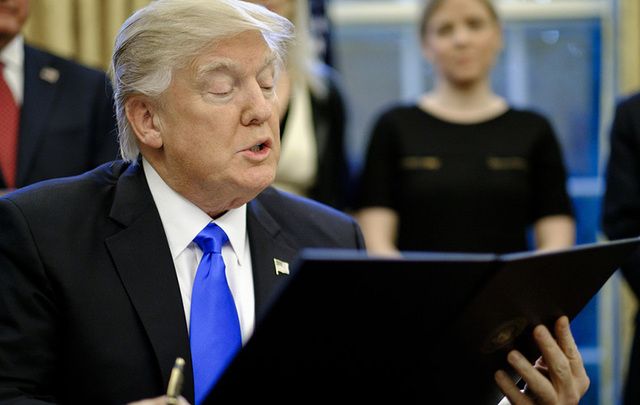 Social media used to be a fun distraction from the news, which has always been relatively grim. Reports of local crime, national politics and government failings were never a particularly fun way to start the day. Word of global crisis and global warming were never the best companion to your morning routine.

So instead, I would scroll through Facebook or Twitter, get the main headlines that I needed to know so I wouldn’t get caught being inexcusably ignorant, and then go about my day focusing on my own insular universe that was otherwise unaffected by every news headline that floated through the various news feeds.

Nowadays -- and I’m sure I’m not alone in this change -- I wake up, and open my phone with dread. From inside the safety of my bed covers, with a blanket wrapped around my head for some form of shelter or comfort, I click into Facebook and Twitter with dread.

And I go to those sources for headlines first ONLY because they may still be cushioned by a little of the carefully curated humor of meme culture that tends to soften the blow of the current state of the world.

Once online, I brace myself for the screen-shots of the latest POTUS tweets -- complete with horrifying grammar to add insult to injury -- and outraged Facebook statuses about which member of staff he has fired, most recently Sally Yates for refusing to defend his executive order closing borders to citizens of predominantly Muslim countries.

Having made my way through the initial outpouring of daily rage from my peers, I then turn to news outlets for the full stories, attempting to get through as many as possibly without losing hope entirely.

Over the past few weeks, as I take the subway to work, I see my expression matched on the faces around me. It seems that everyone around me has the same morning routine, the same reaction to the same news, the same resistance to the same temptation to give up.

And yet, social media news feeds are not getting any quieter. People aren’t giving up at all. And this is probably what, after 30 -- 40 minutes of scrolling through what can feel like an endless stream of the worst news I’ve found myself reading in my little life, still gets me out of bed -- all of us.

Up until recently, I have been a human who has remained relatively unaware, and uninformed. My habitual absorption of daily headlines through social media has made me feel like I know enough, that I have a vague but satisfactory idea of what’s going on around me politically, and that’s all the active participation I need to be exerting myself with.

I have to admit that I didn’t go to the women’s march in Washington, and what’s more, I didn’t even take the train from Brooklyn into the city to march in New York. I was tired, I didn’t feel like engaging with a crowd, and so I watched it all unfold from the comfort of blankets on my social media feed, initially unaffected and so accustomed to social media that I felt I was somehow involved by simply looking at pictures and reading other people’s reactions.

That’s not enough anymore. The online world is drawing more and more comparisons between the Trump administration and Nazi Germany -- primarily, the attitude of civilians who were quite probably aware of what was going on around them, but in order to preserve their own families, well-being and safety retreated into private life.

Solidarity is the strongest thing that us regular civilians have, regardless of what our passports say. Whether we have a visa, green card, or are undocumented, what’s happening around us is a reversal of the progress made away from history’s mistakes, a violation of human rights, and an insult to humanity.

Even some of those who initially supported Trump, who voted for him, are regretting their decision now that the sugar-coated slogan of making America great again is revealed for what it truly is -- regression.

Over the weekend I was at various drink and dinner events with friends, pottering through my generally unaffected life, living inside my bubble that, on a daily basis, does not suffer greatly from Trump.

Yes, I’m on a visa which may not be as viable an option going forward as it has been under the new administration, but if I have to leave America, there are still other options. I have no family here who I would have to uproot, and the country I would have to return to is yes, in the process of its own political upheaval, but is absolutely not the worst place in the world by any stretch of the imagination.

And so, I sat with friends on Friday and tried to talk about the dreaded Trump topic with some lightness, throwing in some humor from the beloved online meme culture, seeing how that landed and could possibly change the subject. Trying to create a conversational blanket to shield something that should be fun from the daily onslaught of bad news.

Usually this works, but things are changing so rapidly, that what was funny a week ago no longer makes people laugh. On Saturday, what had been a mutual understanding among the few friends and I that missing the women’s march wasn’t such a big deal, was suddenly a sense of mutual shame.

We were retreating into private life. We were carrying on with what we always do. We were still reading headlines from the safety of our beds, focusing on how things might not affect us, rather than thinking of the people who are being affected. How many of us are guilty of that?

It’s time, for me at least, to burst that bubble and climb outside of it. Time to take action, to stop pretending, to resist.

So much can change now in a mere week. No more retreating into private life on public issues for this girl. See what you can do, too.