22-year-old suffered a cardiac arrest after he and three friends swam into rough waters off the coast of Ocean City. 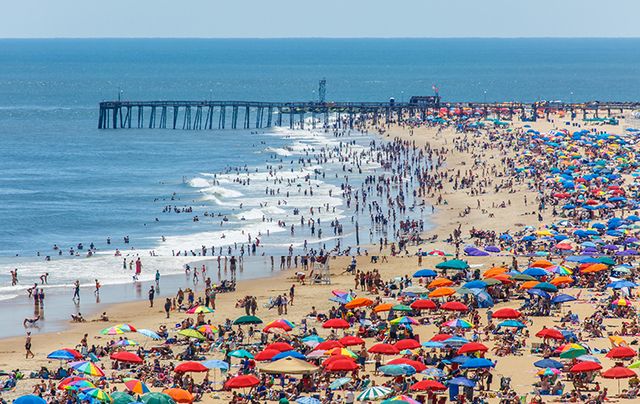 22-year-old suffered a cardiac arrest after he and three friends swam into rough waters off the coast of Ocean City.

The as yet unnamed 22-year-old suffered a cardiac arrest early Wednesday after he and three friends swam into rough waters off the coast of Ocean City.

The city’s fire department dispatched two swimmers to bring the student ashore where he was given CPR and then taken to the local Atlantic General Hospital.

His condition was described as “very serious” and Ireland’s Department of Foreign Affairs said they were aware of the situation.

Since the J-1 visa program was inaugurated in 1966 over 150,000 Irish college students haved travel to the United States to work jobs and explore American culture.

The visa is generally well-regarded on both sides of the Atlantic but has previously led to heartbreak and controversy as well: in 2015 six J-1 students died when a balcony in Berkeley, California collapsed.

The group were friends from school and represented the most tragic loss of life from a single Irish community in years.

The New York Times caused international outrage when it said that the visa program had become “an embarrassment for Ireland.”

The backlash from social media users, serving politicians and a former President of Ireland was withering and the Times issued an apology.

“It was never our intention to blame the victims and we apologize if the piece left that impression,” a spokeswoman said.