Lodger killed Tom O'Gorman and is believed to have eaten this heart and lung, leaving police traumatized. 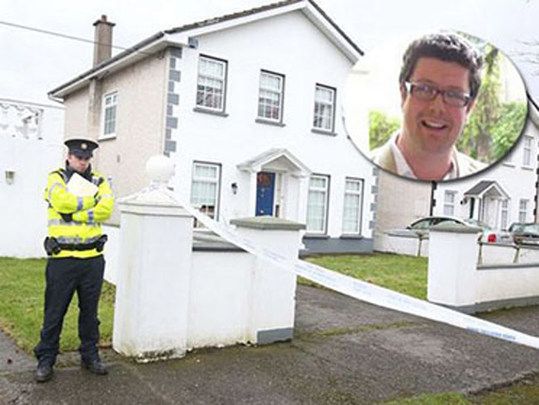 Two Irish police officers have been left traumatized after they discovered the ‘cannibalized’ body of a murder victim in the Dublin suburb of Castleknock.

Newspaper reports on Monday morning say that devout Catholic Tom O’Gorman was cut up by his murderer, who then ate his lungs and heart. O’Gorman was killed after a fight over a chess game.

The two officers sent to the scene of the crime have been traumatized, according to a report in the Irish Sun.

A police source told the paper, “Mr O’Gorman suffered an appalling death before his lung was removed and eaten by his killer.

“There was blood everywhere in the room. This was a brutal act of slaughter and appalling act of evil.

“The young officers who made the discovery are understandably very distressed. When they entered the house it was like walking through the gates of Hell.

“But they remained composed, secured the scene for evidence and arrested a suspect.”

It is believed the victim’s heart was also eaten.

The paper adds that police believe the 39-year-old pro-life campaigner is Ireland’s first ever known victim of cannibalism.

He was killed after a row erupted at his home in West Dublin, over the king being moved in a game of chess.

He suffered multiple knife wounds to his head and body but the report adds that detectives were shocked after discovering one of O’Gorman’s organs had been sliced from his body and eaten by his killer.

He was found lying in a pool of blood in a front sitting room after the alarm was raised in the early hours of Sunday morning.

O’Gorman worked as a journalist for Irish Catholic magazine The Voice and had been living at his family home after his mother, Anne, died 18 months ago. He had recently taken in a lodger.

The victim was also a researcher with Catholic lobby group the Iona Institute.

Iona Institute director David Quinn paid tribute to O’Connor. He said, “On behalf of everyone at The Iona Institute, I would like to express our total shock and deep sorrow at the terrible and untimely death of Tom O’Gorman. Tom was a friend as well as a work colleague to us all.

“Tom had been working as a researcher at the Iona Institute since its launch seven years ago.

“Most of us knew him from before then, in some cases all the way back to his days at UCD. He was a fond and dear friend and we will all miss him.

“We extend our commiserations to his family and above all to his sister and brother, Catherine and Paul. May Tom rest in peace.”

A 34-year-old man from Palermo, Sicily, who has been living in West Dublin for two years was arrested by police investigating the death. Savario Bellante was charged with the murder on Monday morning.