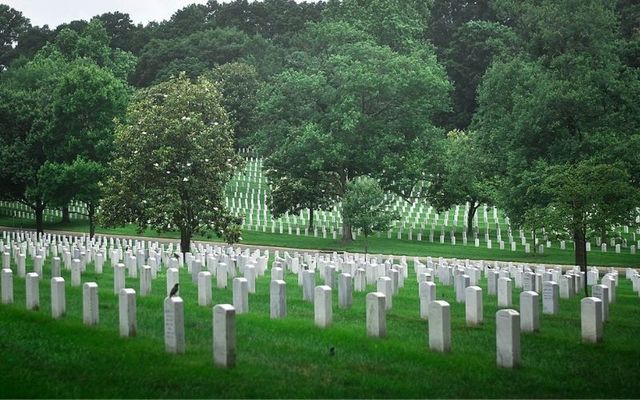 Thousands of soldiers with Irish heritage are among the dead at Arlington National Cemetery, Virginia. Clynnwersch/Wikimedia Commons

Memorial Day offers us an opportunity to honor the men and women of the United States military. Some would argue, however, that the country would not be what it is today without the massive quantity of Irish-born immigrants and those of Irish ancestry fighting on our behalf.

During the Civil War alone, more than 150,000 Irishmen enlisted in the Union Army. With time served came record keeping, and the collection of military sources on Findmypast continues to grow. These records are much more than just dates and places; they are stories, played out in front of us as each soldier moved from battle to battle. And they are an excellent route for discovering your Irish heritage.

Start at the Beginning

John Barry, an Irish-born Revolutionary War veteran, was a Philadelphia resident, and the first to capture a British war vessel on the high seas. You will find him in the 1790 Census and as the author of a letter published in Pennsylvania Magazine (1 Apr 1776) in our U.S. Newspapers Collection, in which he addresses John Hancock, describing in detail a battle with the sloop Edward.

He is but one of the many examples of Irishmen who served in the Revolutionary War. Utilize the U.S. Veteran’s Gravesites collections, early census records, and newspapers to identify your Irish soldier, their units, and battlefields hard-won.

During the U.S. Civil War, the incredible numbers of Irish fighting men resulted in several fully Irish units. One such, and perhaps the most well-known, is the Irish Brigade, technically the 69th Infantry Regiment of the New York State Militia. This unit was mustered in for three years on 2 Sep 1861 and consisted of 1,513 individuals. It ranks 6th in total loss among all the regiments in the Union Army.

One man who did survive was Thomas Francis Meagher, and his story actually begins as a leader of the Young Irelanders in the Rebellion of 1848. He was sent to Australia for those acts and is listed in the Irish Prison Registers, 1790-1924, and again in the 1848 Register. He helped form the 69th, and later became the territorial governor of Montana. You will find him listed in multiple collections on Findmypast, including the U.S. Civil War Soldiers collection, the Irish Death Notices in American Newspapers, and the New York City Death Notices.

The Medal of Honor is this nation’s most prestigious military recognition. As of 2009, 3,464 have been awarded, and approximately 2,018 have gone to Irish-American soldiers, more than any other ethnic group. Of those, 257 were born in Ireland. A great number of these came from the heroic acts performed during the U.S. Civil War, and you can find a complete list of the recipients on Findmypast in the U.S. Civil War Medal of Honor, 1861-1865 collection. These records include the citation place and date, and the acts they performed.

Such is the case with Thomas Cosgrove, a Private in the 40th Massachusetts Infantry, who fought at Drurys Bluff, Virginia on 15 May 1864. His award was received for individually taking in seven Confederate soldiers, concealed in a cellar, then disarming them and bringing them back to the Union lines as prisoners of war. If you are seeking to learn more about your ancestors’ activities during the War Between the States, you just may find it here.

On Memorial Day, we seek to remember the men and women who have fought for our country. The American-Irish sacrifice has been significant in our country’s history, and we are proud to contribute a great number of collections that may assist you in retracing their footsteps.

With the largest collection of Irish family history records online and a team of expert genealogists, findmypast is the best place to discover your Irish heritage.