Feel-good movies to help you relax

Here are our top movies that are sure to help you relax on a stressful day.

In partnership with:
Bet station 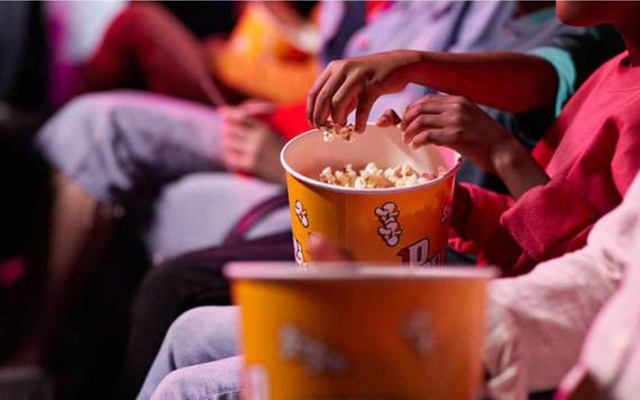 The world of cinema has produced some certified classics and masterpieces of the medium which have revolutionized the way we tell stories.

Everyone is aware of stuff like The Godfather series, Citizen Kane, King Kong, and The Third Man. However, there are times, when you don’t want to spend 2 hours thinking about the deeper themes. Sometimes, we just want to watch a great, feel-good movie, while relaxing with snacks and beer. In this article, we are going to go through a list of movies that are sure to help you relax on a stressful day.

The fun, self-aware, and not-all-too-serious teen comedy, sees Viola (played by Amanda Bynes) attempt to get into the boys’ soccer team, by pretending to be a boy herself. Her decision, predictably, gets her into a slew of comedic moments, as she navigates the strange world of boys. Viola’s love of soccer is shared by billions of people around the world (to be exact 3.5 billion), and many of them frequent online betting sites. When it comes to sports betting, soccer is the most popular sport, and is unlikely to be surpassed in popularity any time soon.

One of the films that made Reese Witherspoon the star she is today, Legally Blonde is a film telling the story of a sorority sister, whose boyfriend breaks up with her in order to attend Harvard Law School. In an attempt to win him back she puts all her effort in getting into Harvard, where she has to navigate the law world. Can she succeed in her endeavor, or is she way in over her head?

Willy Wonka and the Chocolate Factory

Based on the book by Roald Dahl, Willy Wonka and the Chocolate factory tells the story of a young boy, named Charlie, who is given the opportunity to go on a tour of the world’s biggest and most famous chocolate factory, operated by the eccentric Mr. Willy Wonka. The film stars Gene Wilder in the titular role, and is considered by many, a timeless classic. In the early 2000s, a remake of the film was directed by Tim Burton, titled Charlie and the Chocolate Factory, which is worth checking out in its own right.

Keri Russell plays Jenna, a waitress living in the deep south. She is married to a man she doesn’t love and pregnant with his child, and the only happiness in her life comes from her baking various pies. Everything changes for Jenna when a new arrival to the town shakes up her world. The film has been nominated for several awards and has won quite a few of them. It is definitely worth checking out, especially if you are hungry.

10 Things I Hate About You

The proto-teen comedy, starring Heath Ledger, Joseph Gordon-Levitt and Julia Styles. A new student is instantly smitten by the high-school’s most popular girl, Bianca. However, Bianca is not allowed to date until her older sister, Kat does. In order to get with her sister, Cameron orchestrates a series of events which results in local bad boy, Patrick asking out Kat. The film is a fun romp, and has produced a vast number of imitators over the years.