Part of the Out of the Ashes series, Corine Wegener, Director, Smithsonian Cultural Rescue Initiative, will give an online lecture on Jan 25. 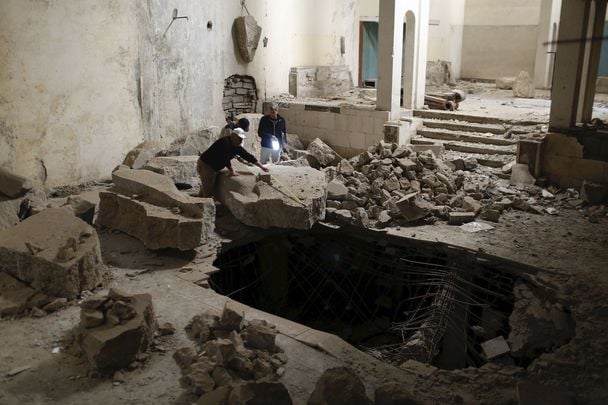 You can tune into the live stream here.

An online lecture as part of the Out of the Ashes lecture series, with Corine Wegener, Director of the Smithsonian Cultural Rescue Initiative titled 'Evidence Aiding Post-Conflict Recovery: Mosul Museum Project Zero'. This event is free but registration is essential. You can register for the event here.

In 2014, Daesh (aka ISIS) established their so-called “Caliphate” in the city of Mosul and cut a swath of intentional destruction of cultural heritage across Iraq’s Nineveh plain. After the liberation of Mosul in 2017, international organizations began to offer help with cultural recovery, including the heavily damaged Mosul Cultural Museum. As a potential war crime scene under the definition of the 1954 Hague Convention for the Protection of Cultural Property in the Event of Armed Conflict, heritage professionals realized they had only one chance to document the evidence before recovery began or risk losing it forever.

In a unique collaboration with law enforcement professionals, the Smithsonian Institution developed a methodology to systematically document cultural destruction where criminal activity is known or suspected.  Wegener will describe how the methodology was used to document the Mosul Cultural Museum as a “cold case crime scene” and how it may be used in the future as the first step on the road to recovery. 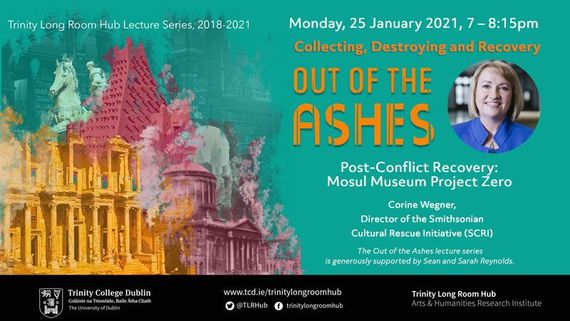 Corine Wegner is the director of the Smithsonian Cultural Rescue Initiative (SCRI), an outreach program dedicated to the preservation of cultural heritage in crisis situations in the United States and abroad.

Out of the Ashes lecture series

This three-year lecture series explores the theme of cultural loss and recovery across the centuries, from the destruction of the Library of Alexandria in antiquity to contemporary acts of cultural loss and destruction. World-leading experts reflect on how societies deal with cultural trauma through reconstruction and commemoration and on how the international community should respond to cultural loss. The series is global in scope, pan-historical, and multi-disciplinary in approach, and features international scholars and practitioners of the highest caliber.

Year 3 (2020–1) Recovering draws together the themes of the series by exploring how we recover from cultural trauma—such as the tragic loss of the National Museum of Brazil in 2018—both literally through the reconstruction of lost archives and artefacts, and also socially through the creation of sites of cultural memory, whether virtual or real.

The lectures also consider the debate on restitution and contemporary campaigns for repatriation—notably the case of the ‘Migrated Archive’ consisting of thousands of files from former British colonial possessions whose existence was illegally kept secret in breach of the Public Records Act (UK). A special panel event ‘Recovering Lost Voices’, will focus on suppressed histories and the unwritten archive, reflecting on issues of power and gender. See details of the full series here.

The Out of the Ashes lecture series is generously supported by Sean and Sarah Reynolds.