See Riverdance in the place it began, 25 years to the day

On February 9, 2020, 25 years to the day of Riverdance's Dublin premiere, there will be a special gala evening performance filmed for television back where it all began, at 3Arena Dublin. 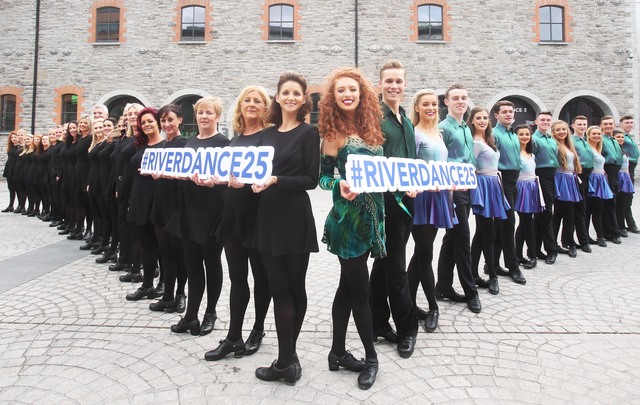 Riverdance 25th Anniversary Show at the 3Arena, in Dublin.

The Riverdance - 25th Anniversary show kicks off in Dublin in February.

On February 9, 1995, Riverdance the Show premiered at The Point Theatre Dublin. This followed its initial debut on April 30, 1994, when a worldwide audience of over 300 million saw the birth of Riverdance as the interval act of the Eurovision Song Contest. The seven-minute performance earned a standing ovation from the 4,000-strong audience and went on to become an exciting new full-length stage show.

From there, Riverdance set out on a journey that would see it tour the globe and achieve worldwide acclaim. To date, Riverdance has been performed over 12,160 times and has been seen live by over 27.5 million people in 546 venues worldwide.

On February 9, 2020, 25 years to the day of Riverdance's Dublin premiere, there will be a special gala evening performance filmed for television back where it all began, at 3Arena Dublin.

See Riverdance in the place it began, 25 years to the day

A quarter of a century since it first captivated the world, both new and devoted fans of all ages are set to fall in love with the magic of Riverdance . Read more here: http://bit.ly/35FLq7q

Tickets for this historic performance are now on sale from Ticketmaster.

Riverdance - 25th Anniversary Show is a powerful and stirring reinvention of this beloved family favorite, celebrated the world over for its Grammy Award-winning music and the thrilling energy and passion of its Irish and international dance.

Now Riverdance is coming home to celebrate another milestone on that journey with five performances from February 6-9 at 3Arena Dublin, including the special televised Gala show on the 9th.

Riverdance is coming back home where it all began for Christmas!

The 25th Anniversary show catapults Riverdance into the 21st century and will completely immerse audiences in the extraordinary and elemental power of its music and dance.

Poignantly, the cast for this tour will feature, for the first time, many dancers and musicians who were not even born in the year that the show first opened.

A quarter of a century later, both new and devoted fans of all ages will once again fall in love with the magic of Riverdance.

Get more information on the historic 5-show 3Arena run here.