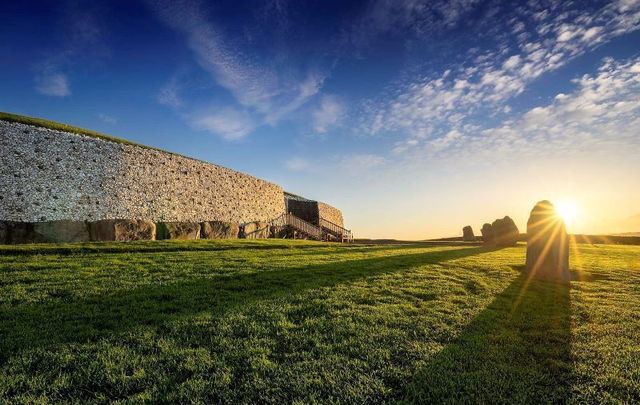 The annual Winter Solstice event at Newgrange in Co Meath is going to be streamed virtually this year tomorrow, Monday, December 21 and Tuesday, December 22 and you can tune in to watch right here on IrishCentral!

IrishCentral is delighted to partner with Ireland’s Office of Public Works (OPW) to help bring the annual, magical event of the Winter Solstice at Newgrange right into your homes around the world.

The below live stream will be available here on IrishCentral on:

The event was already live-streamed on Sunday, December 20 at the same time.

In a statement, Ireland’s Office of Public Works (OPW) said: “The hugely significant Solstice Sunrise event will be live-streamed from within the Chamber, on the 20th, 21st, and 22nd of December, so that everyone will be able to experience this wonderful phenomenon from any location around the world.

“The live stream will be available on this page from 08:45 UTC, Sunday 20 December at the player above.

“Members of the public are advised not to travel to Newgrange on the morning of the Winter Solstice as access to the site will not be facilitated. The co-operation of the public is greatly appreciated.”

The Winter Solstice is an astronomical phenomenon that marks the shortest day and the longest night of the year. In the Northern Hemisphere, the Winter Solstice occurs on December 21 or 22, when the sun shines directly over the tropic of Capricorn.

At sunrise on the shortest day of the year, for 17 minutes, direct sunlight can enter the Newgrange monument, not through the doorway, but through the specially contrived small opening above the entrance known as the ‘roof box’, to illuminate the Chamber.

So special is the occurrence that a lottery is held each year to allow a lucky few people inside the passage tomb to witness the magical event. With the annual in-person gathering canceled this year due to health restrictions, this year's lottery entrants will carry over to next year. 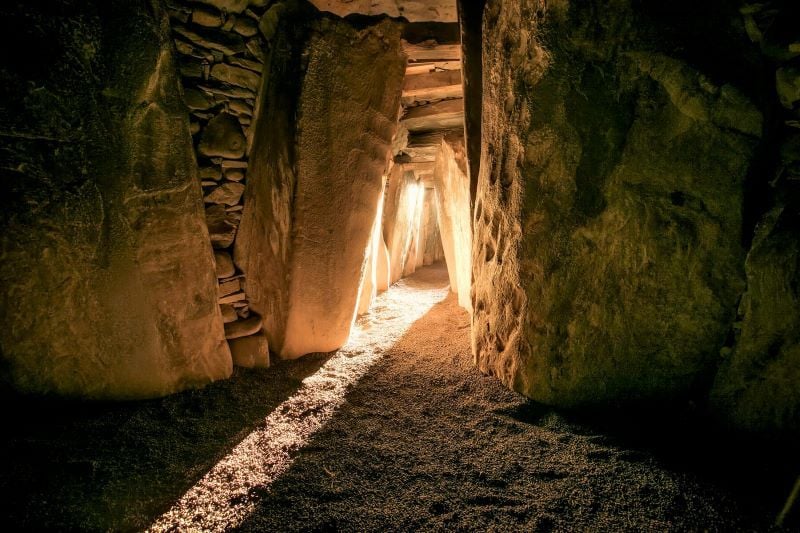 The OPW is strongly advising members of the public not to travel to Newgrange on the morning of the Winter Solstice this year as access to the site will not be facilitated. There will be security on sites to address any issues that arise and the OPW says that the co-operation of the public is greatly appreciated.

"However, the absence of visitors from the chamber has presented us with a golden opportunity to carry out research with our colleagues from the National Monuments Service which would not have been possible in any other year," said Patrick O’Donovan, T.D, Minister of State with responsibility for the Office of Public Works (OPW) earlier this month.

The research project, to be conducted by Ireland's National Monuments Service of the Department of Housing, Local Government, and Heritage, will focus on the Winter Solstice phenomenon at the 5,200-year-old Newgrange monument.

You can learn more about the Winter Solstice event at Newgrange in Co Meath here, courtesy of the Office of Public Works: