Join a panel discussion on the short documentary "Songs of the Great Hunger" on May 16th. 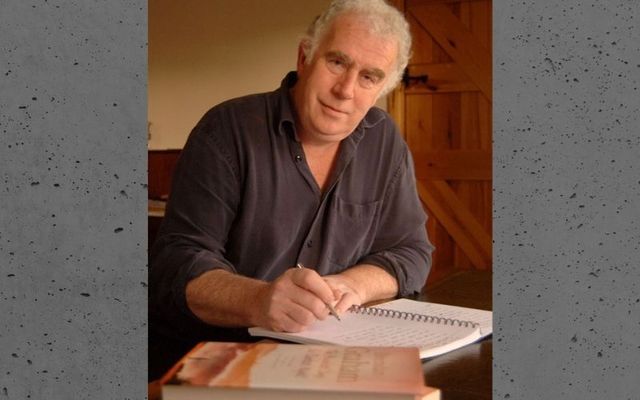 Songwriter Brendan Graham: “We are in a time of reflection and remembering…and many today in a time of loss and grieving. The past, our history, is always present and so, we are the present-day bearers of that past." Turlough McConnell / Irish Voice

To mark Ireland’s National Famine Commemoration Day (Sunday, May 16) watch the short documentary "Songs of the Great Hunger" followed by a panel discussion.

The National Famine Museum at Strokestown Park and Irish Heritage Trust, in partnership with the Government of Ireland Emigrant Support Programme, are proud to present a short documentary film entitled Songs of the Great Hunger followed by an online discussion in honor of National Famine Commemoration Day.

"Songs of the Great Hunger" is a short documentary, with the music and lyrics of Brendan Graham, performed at famine commemoration events in Ireland, Australia, and Canada. Performers include Cathy Jordan, Eimear Quinn, Aimee Banks, and Sarah Calderwood with the Australian Girls Choir.

Songs of the Great Hunger is the first of two documentary films that use the vehicle of Brendan Graham’s songs to look at events in Ireland’s diasporic history. The second documentary Songs of the Irish American and Canadian Diaspora will air June 6th.

This May 16 event is the third program in the series, hosted by the Great Famine Voices Roadshow 2021, and it explores the historical experiences of Irish emigrant communities during the Great Hunger that inspired classic songs such as "Ochón an Gorta Mór", "Crucán na bPáiste", "Orphan Girl", "The Whitest Flower", and "The Voice".

Joining songwriter Brendan Graham in the post-show discussion is Linguistic Anthropologist Eileen Moore Quinn who provides commentary on the songs and their resonances within the Irish diaspora.

Brendan Graham’s songs such as "You Raise Me Up" and "Isle of Hope, Isle of Tears", have become modern-day classics, while his "Rock ‘n’ Roll Kids" and "The Voice", were Ireland’s two last winning songs at the Eurovision Song Contest.

He is also the author of the best-selling "The Whitest Flower", a "documentary novel" set in the times of An Gorta Mór.

“I am honored to have my work used in tandem with this year’s National Commemoration of Ireland’s Great Famine to honor the memory of those who died, suffered, were dispossessed, and driven into exile as a result of An Gorta Mór,” said Brendan Graham.

“We are in a time of reflection and remembering…and many today in a time of loss and grieving. The past, our history, is always present and so, we are the present-day bearers of that past. We carry it with us, but sometimes, it is only through song that we can express the inexpressible of what we carry. It is what led me to write these songs and I thank all the wonderful artists who gave such sensitive voice to them.”

“Brendan Graham is a uniquely gifted lyricist and composer whose songs about the Great Hunger resonate with Irish diasporic communities around the world,” said Dr. Jason King of the Irish Heritage Trust.

“We are honored to be collaborating with Brendan on our Songs of the Great Hunger film and to be hosting a live online event with him and Professor Quinn after the National Famine Commemoration Day ceremony on May 16th,” he added.

"Songs of the Great Hunger" can be viewed anytime on YouTube. Join the live post-show discussion with songwriter and musician Brendan Graham and Linguistic Anthropologist Eileen Moore Quinn on Sunday, May 16, at 8:00 am in the United States and Canada (Eastern Time), 1pm in Ireland and the United Kingdom.