Historic Waterford estate house up for sale for $2.1 million

Pouldrew House and Waterfall, which sits on a 45-acre estate, boasts majestic views of the River Suir and its own 12-acre private like. Priscilla Presley and Brad Pitt were both rumored to bid for the luxurious property. 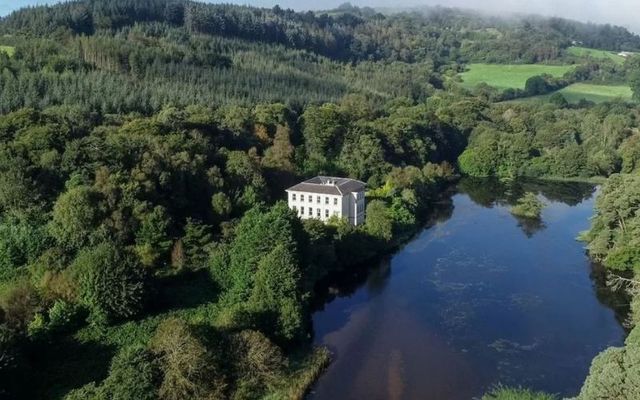 A luxurious 200-year-old Waterford estate house that generates its own hydroelectric power is on the market for €1.85 million ($2.12 million).

Pouldrew House and Waterfall, which sits on a 45-acre estate, boasts majestic views of the River Suir and its own 12-acre private like.

Originally built in 1814, Pouldrew House underwent significant upgrades in the 1860s and strikes an imposing figure above the lake and surrounding woodlands.

A hydroelectric power generating turbine that was installed at a waterfall on the grounds in 1932 still functions to this day and continues to power the house's central heating. 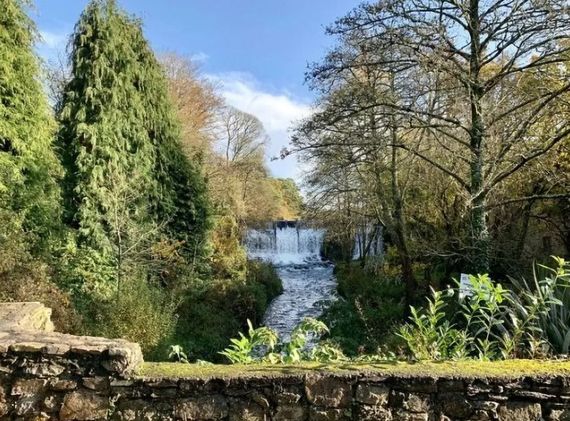 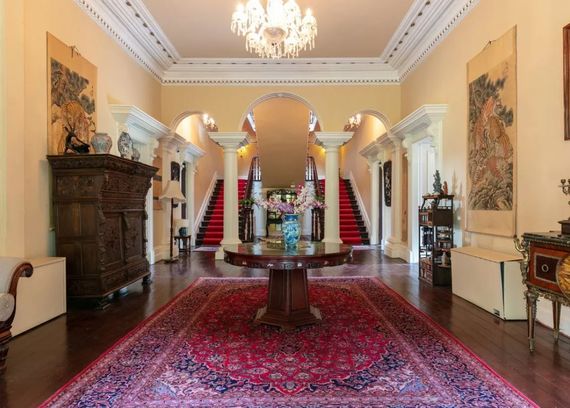 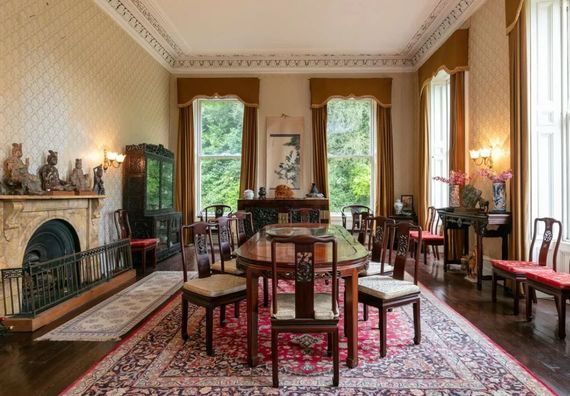 The ground floor additionally boasts a study, pantry, shower room, laundry and kitchen, with the latter opening onto a patio terrace overlooking the lake.

Upstairs, a master bedroom with an adjoining dressing room and bathroom offers magnificent views of the sweeping grounds. 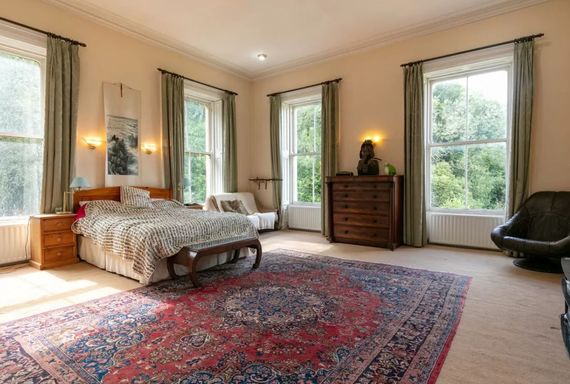 There is one other en-suite bedroom located upstairs, while two bathrooms serve the remaining five bedrooms.

A large central hallway located upstairs also opens onto an elevated terrace with views of the lake and woodlands.

The grounds retain much of their original spledor and include mature trees and flowering shrubs that help to augment the historic estate.

The house is a 20-minute drive from Waterford City and a two-hour drive from Dublin, while it also less than 20 minutes away from the picturesque beach of Tramore.

Singapore native Dr. Jan Mohamed bought the eight-bedroom house for a whim in 1992 and has pumped several hundred thousand euro into the property over the past three decades, according to his son Alexander Jan.

Jan told the Irish Times that his family was set to move to Australia when his father happened to walk by an estate agent selling the house.

He said that the house had fallen into a state of disrepair by the time his father bought it and that his father spent years repairing the roof, replastering and damp-proofing the walls, and renovating the floors.

Dr. Jan Mohamed came to Ireland to practice medicine at what is now University Hospital Waterford and became the first practitioner of acupuncture and Chinese medicine in Ireland.

Dr. Mohamed was well known in the local community and the wider world and was visited by Priscilla Presley and her daughter Lisa Marie on several occasions for acupuncture. Presley is rumored to have made a bid for the house, while Brad Pitt was also reportedly interested in the luxurious property.

Dr. Mohamed died in 2019 and his son Alexander is now selling the property through Sotheby's International for €1.85 million.

He previously placed the house on the market in early 2020, but the sale was disrupted due to the COVID-19 pandemic.

"It’s a house that people have to come and see," he told the Irish Times.

"ne of my friends describes it as a trophy home for someone returning home, someone who has done well."