Irish cottage dating back to the 18th century on the market for $35,000

Located in Fairymount, County Roscommon, this cottage boasts an original post and beam structure dating back to the late 18th century. 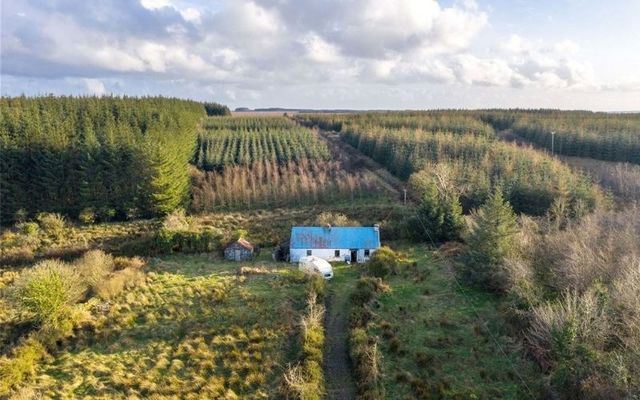 This 18th-century cottage is a relic of pre-Famine Ireland. myhome.ie/Sherry FitzGerald P. Burke

Located in Fairymount, County Roscommon, the cottage boasts an original post and beam structure dating back to the late 18th century, but it is in urgent need of complete restoration.

The one-bedroom cottage additionally boasts an original bog scraw sod roof, which is found beneath a corrugated tin roof.

The house contains a large kitchen and living area and still retains the charm of an 18th-century Irish cottage, boasting several features that tell a story of pre-Famine Ireland.

For instance, the ancient cottage features an unusual alcove known as a cailleach or hag, which was often the sleeping quarters for the old woman of the house. This particular feature is consistent with 18th-century houses found in an area of land stretching from Connemara to the North of Ireland, while the alcoves were also found in Scotland.

Situated on a one-acre site, the cottage boasts two large gardens on either side of a long stone driveway, while there is also an opportunity to extend the cottage to the back subject to planning permission.

Several streams also run through the garden on both sides of the cottage.

The 200-year-old cottage boasts beautiful views of a preserved natural bog nearby and additionally offers scenic views of the surrounding countryside.

The Roscommon town of Castlerea is just a ten-minute drive, while the beautiful Key Forest Park is also just a short distance away.