One morning early in 1971 John Lennon sat down at a Steinway piano at his home in Ascot outside London and composed one of the greatest songs of all time. 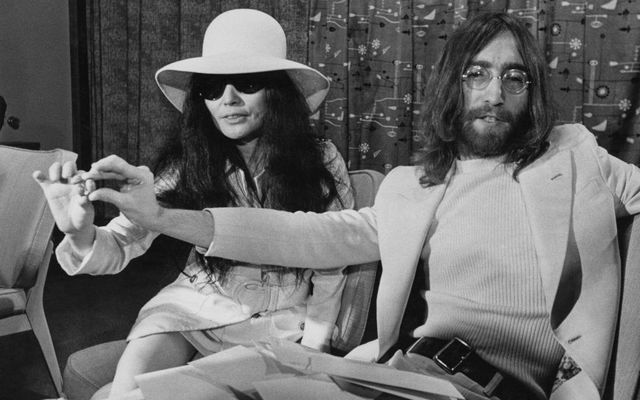 One morning early in 1971 John Lennon sat down at a Steinway piano at his home in Ascot outside London and composed one of the greatest songs of all time.

“Imagine” flowed out as he later said, he almost finished the song in one sitting.

It went on to be an anthem for the ages, an inspiring song for generations to come.

For young people tired of war and conflict it resonated very deeply, for older folks the simplicity of the lyrics yet the complexity of the thought made it the most played Beatles song of all.

It could never be matched or improved like the Sistine Chapel, the Mona Lisa, the Lincoln Memorial.

She released her version this week. It starts off like fingers scraping on a blackboard and gets worse from there. Never a good singer she fails to hit the high notes and makes a travesty of the song.

But why? At age 85 and with a writing credit on the original, she has tried to outdo the legendary composition. Hear it for yourself on youtube and weep.

Read more: Recalling John Lennon’s Irish connection on the anniversary of his death

As to why this article is on IrishCentral, consider this interview with Yoko:

“When he(Lennon) was born, his mother was English and his father was Irish and he didn’t have too much opportunity to see his father, so he had this yearning for being Irish. In a way, it was sad because he was always talking about that."