The Beatles are interviewed by RTE before their only concert appearance in Ireland. 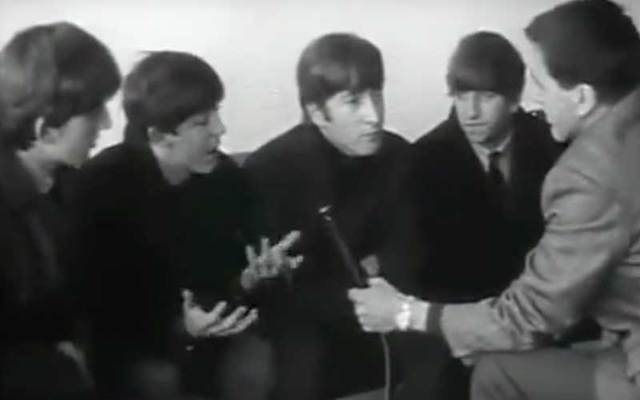 In this snapshot, The Beatles are interviewed by RTE's Frank Hall in Dublin. YouTube

This black-and-white footage shows The Beatles, at the height of their fame in 1963, being interviewed upon their arrival in Ireland.

The video show John Lennon, Paul McCartney, George Harrison and Ringo Starr disembarking from a plane at Dublin Airport on November 7, 1963. They then sit down with on the noisy runway tarmac to talk to RTE’s Frank Hall.

During the interview, which aired on Radio Telefis Eireann later that evening, the band members talk about their hair, their music and their Irish heritage.

The Beatles came to Dublin to play two shows at the Adelphi Cinema that night. It was the only time they appeared in concert in the Republic of Ireland.