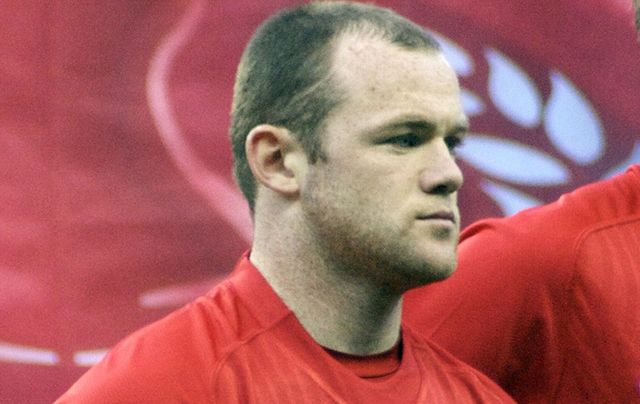 Wayne Rooney, the record goal scorer for the English national soccer team and for Manchester United, has officially announced his retirement “for good from international football.” His official statement came as he rejected the invitation to play for in next month’s international matches against Malta and Slovakia.

Rooney, who had been playing for the Premier League club, Everton, hails from a heavily Irish and Catholic part of the northern English city of Liverpool and his paternal grandparents were born in the Emerald Isle, making him, in theory, eligible to play for the Republic of Ireland’s squad.

"I am English through and through"

Even though the team tried to recruit him when he was a teenager, Rooney insisted before a match between the two teams last year that, "I am English through and through and I have no issue with trying to beat Ireland."

Last November IrishCentral had reason to comment on this statement as a tabloid British newspaper, The Sun, referred to Rooney, as Irish only when he was reportedly being drunk and disorderly.

Rooney’s paternal grandparents are Irish and his wife Coleen, whose maiden name was McLoughlin, is also of Irish descent. Their eldest son, Kai, has also been spotted wearing an Irish soccer jersey on St. Patrick’s Day in the past but there’s no doubt where Rooney’s own loyalty lies.

It was great Gareth Southgate called me this week to tell me he wanted me back in the England squad for the upcoming matches. I really appreciated that.

However, having already thought long and hard, I told Gareth that I had now decided to retire for good from international football.

It is a really tough decision and one I have discussed with my family, my manager at Everton and those closest to me.

Playing for England has always been special to me. Every time I was selected as a player or captain was a real privilege and I thank everyone who helped me. But I believe now is the time to bow out.

Leaving Manchester United was a tough call but I know I made the right decision in coming home to Everton. Now I want to focus all my energies on helping them be successful.

I will always remain a passionate England fan. One of my very few regrets is not to have been part of a successful England tournament side. Hopefully the exciting players Gareth is bringing through can take that ambition further and I hope everyone will get behind the team.

One day the dream will come true and I look forward to being there as a fan – or in any capacity.