Saoirse Ronan says she would love to play this Irish revolutionary leader in a film. 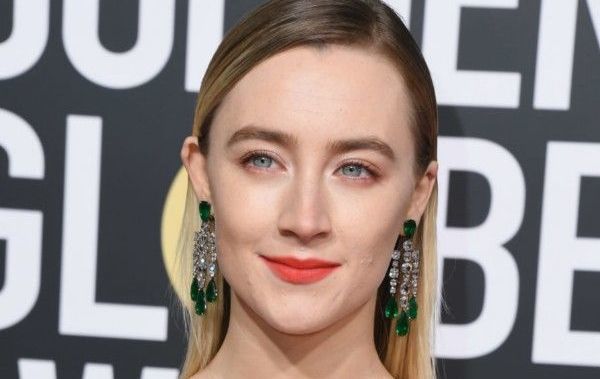 Can you picture Saoirse Ronan taking on this role?

Saoirse Ronan said in a recent interview with Irish writer Sinead Burke that she would love to play Countess Markievicz in a film.

The Irish Times reports that Ronan and Burke, who is an Irish activist and contributing editor at British Vogue, were in conversation at Dublin's Google campus.

It was such a joy to be in conversation with Saoirse Ronan at Google today. We spoke about how she defines leadership and power, the importance of surrounding yourself with people who will champion you and constructively critique you, the power of clothes... pic.twitter.com/UWUKsn0HIl

Ronan is fresh off of a media tour for her new film "Mary Queen of Scots," in which she costars with Margot Robbie. Ronan is garnering Oscar buzz for her lead role.

In their chat, Burke and Ronan were keen to talk about the Irish actress's career as a young woman as well as feminity and feminism in the entertainment industry.

Among one of the questions that Burke posed for Ronan was what classic film remake or sequel would she like to be a part of.

"I would pay money to be in a sequel of Bridesmaids," said Ronan.

Fellow Irish person Chris O’Dowd starred in the 2011 hit comedy film, and Ronan has ever since been a superfan of the movie.

But more in pace with the actress’s tendency to act in period pieces, Ronan said she would love to play Countess Markievicz, one of the main female figures associated with the 1916 Easter Uprising.

"I really think they need to make a film about Countess Markievicz," Ronan said.

“Or Queen Medb,” Ronan added, “So I can just use my own accent.”

For now, though, Ronan has a busy schedule while filming Greta Gerwig's adaptation of "Little Women." Ronan previously worked with Gerwig on 2017's "Lady Bird," for which Ronan won a Golden Globe.

Ronan will also be teaming up with Oscar winner Kate Winslet this year for the new film "Ammonite."

You can watch Saoirse Ronan and Sinead Burke's chat here (skip to 32:20 for coverage):

What role would you like to see Saoirse Ronan take on next? Let us know in the comments!