Tickets to Ireland's largest festival of trad, folk, and world music, showcasing major talents in iconic and atmospheric buildings around Dublin, are now on sale. 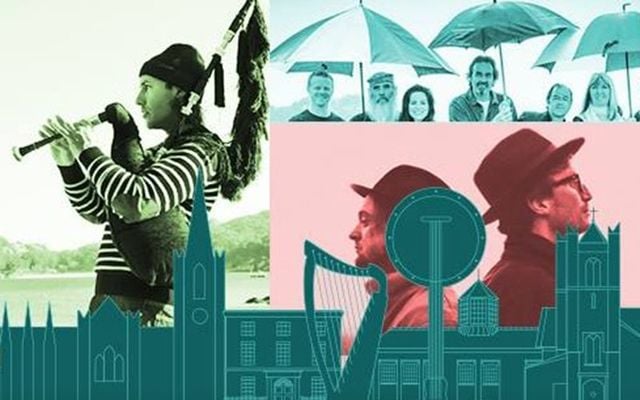 Enjoy the best of Irish, Celtic and world music at TradFest 2019. TradFest / Facebook

Tickets to Ireland's largest festival of trad, folk, and world music, showcasing major talents in iconic and atmospheric buildings around Dublin, are now on sale.

The program for TradFest 2019, Dublin's annual toe-tapping musical extravaganza, was officially launched on Friday evening. Ireland's largest festival of trad, folk, and world music runs from Jan 23 - 27 with a wealth of talent to showcase in some of the most iconic and atmospheric buildings in the city. It is this combination of world-class artists, music and stunning venues which makes TradFest one of the truly unmissable events on the cultural calendar.

Those with the golden tickets will enjoy exciting headline concerts, see artists up close and personal in the free “Front Row Sessions”, discover new and emerging talent in the “Live at the Hub” series and can even try their hand at a songwriting workshop.

The festival will also include an evening in celebration of Ronnie, The Dubs & others - performed in story and song by Phelim Drew.

Here are some highlights from 2018 to show what TradFest is all about:

The Front Row Sessions are also back. A unique event featuring some of the very best in trad and folk music, in the intimate setting of the pubs on Temple Bar, this is a chance to see the very best acts up close and personal (Free but advance booking is vital, ticket numbers are limited). Audiences can look forward to Stockton’s Wing with Les Barker, Paddy Casey, Stockton’s Wing, The Fureys, The Henry Girls, The Kilkennys and The Young Folk. Early booking is strongly advised.

Families are well catered for too as The Ark & TradFest present the Tradfest Children’s Hub featuring gigs, trad sessions and workshops. All these events take place in The Ark, Eustace street on Sat 26 & Sun 27 Jan. The younger ones can try their hands hands at the children’s craft club, give Trad a try at a drop-in music session, learn to play a simple rhythm on the bodhrán or play in a real trad session, led by members of Ceoltóirí Chluain Tarbh, make their own handmade toys or experience some of Ireland’s finest musicians performing especially for young audiences as Pólca 4 (Pádraig Ó Sé, Gary O’Brien, Jeremy Spencer, Robbie Harris) perform the high energy music the West Kerry tradition in a concert big on fun.

Live At The Hub concerts have over the years become an important part of TradFest, introducing new music to agents and managers, potentially propelling performers to the next level of their career. All acts have a unique sound and talent and are not to be missed when they perform at the TRADHUB at The Old Schoolhouse Crown Alley.

In the TradFringe, visitors will have a chance to go behind the music. Guest will have the opportunity to learn more about their roots in a genealogy workshop, or delve into the origin of Irish surnames, take a songwriting workshop with Eleanor McEvoy, explore the art of Sean-Nos in a workshop with Oonagh McArdle, see the premieres of two new documentaries about Irish musicians - Slan leis an gCeol Farewell to Music which is a lyrical portrait of Tony MacMahon after he is diagnosed with Parkinsons and is losing his ability to play and Starboard Home which is celebrated the bond between Dublin’s port city and river through music, song and spoken word.

Martin Harte of The Temple Bar Company who run TradFest said, “The 2019 lineup is one of our most iconic yet, with a strong international lineup featuring the likes of multi Grammy Award-winner Kathy Mattea, evergreen folk superstars Steeleye Span and Iberian piper Carlos Nunez, whilst celebrating the cream of established Irish talent including Eleanor McEvoy, Andy Irvine, Arty McGlynn, all the while supporting emerging artists through our headline program and our showcasing events.  As usual, the festival strives to ensure that there is a strong female presence across the program.  We are also delighted to expand and increase the hugely popular front row sessions with more concerts, more days and more fun than ever before”.

Tickets are now on sale.  For more information or to book tickets see: tradfest.ie