Irish group, New Airs, releases cover of track from the album ‘Multiply’ and the soundtrack ‘A Fault in Our Stars.’ 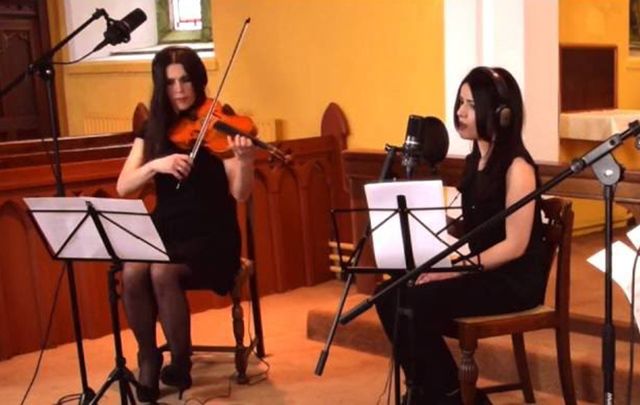 Irish group, New Airs, release cover of track from the album ‘Multiply’ and the soundtrack ‘A Fault in Our Stars’. YouTube

Irish classical music group, New Airs, has released a cover of Ed Sheeran’s track ‘All of the Stars.’ The track first appeared on the physical deluxe edition of Sheeran’s previous album, ‘Multiply,’ as well as on the soundtrack for the movie ‘A Fault in Our Stars.’

The group has released their rendition of Sheeran’s song to mark his new album, ‘Divide,’ and upcoming tour dates. New Airs recorded this track live at Kilcummin Church, Oughterard in County Galway.

New Airs is an independent classical crossover and fusion group from Ireland. It was formed in County Galway by composer and producer, Glen Austin, who also fronts the group, along with other classically trained performers. They are famed for combining classical strings with rock/folk percussion and synthesized electronics, forming new and exciting twists on both classic and modern music.

Each track is recorded live using a pop up recording studio, with a unique venue chosen each time, and has been recorded in churches and theaters throughout Ireland. They have featured in Irish music magazine, Hot Press, and the Irish Independent newspaper in the past.

The classical ensemble has also released other unique covers from well known artists like Thin Lizzy, U2, Taylor Swift and Snow Patrol, among others. This new piece has been chosen by the group to coincide with the release of Ed Sheeran’s new album, ‘Divide.’

This will be Sheeran’s first new studio album since he released ‘Multiply’ in 2014. Sheeran released his track listing for this new album in January of this year, which included a track entitled ‘Galway Girl.’

Sheeran is currently planning on filming a music video in Ireland, presumably for his track ‘Galway Girl’, and has already been looking for dance groups to perform in the video. Sheeran’s new album, ‘Divide,’ is due to go on sale March 3, 2017.