There’s nothing like seeing Rory McIlroy play in person

The Augusta National kicks off today - how will golfer Rory McIlroy do? 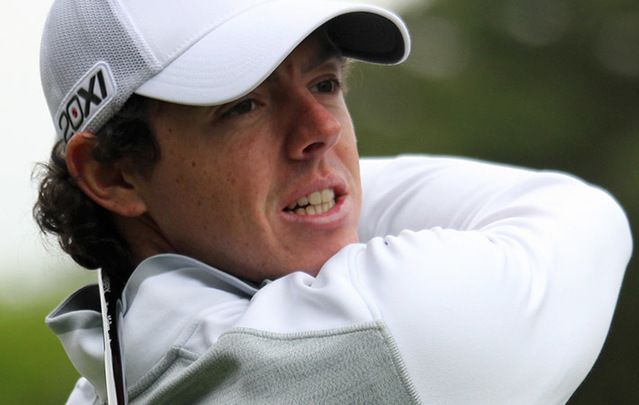 “Happy, relaxed and unstressed. Rory McIlroy believes he is in the right frame of mind to finally conquer the Masters but he will also have to tame his demon holes at Augusta National….”

That’s Simon Lewis in today’s Irish Examiner reporting from Augusta National on day one of the Masters, arguably golf’s most vaunted and exclusive tournament.

Well, it’s how you interpret those two descriptions really.

Back in 2014 I was a marshal at the U.S. Open played at Pinehurst in North Carolina.

How I landed that job is a story in itself.

For the week of practice and play I was assigned to the 11th hole, said to be Ben Hogan’s favorite, on what is officially known as Pinehurst Number 2.

On one of the weekend days I was standing on the tee when Rory arrived with that rolling gait of his.

My job, and that of my fellow marshal on tee assignment, was to track the drives of both players and signal where the ball went with one of those paddles that golf fans are familiar with.

Anyway, Rory sets himself up and I’m just a few feet behind him, slightly left of his line as I didn’t want to be directly behind him as he let rip.

And that’s an apt description.

Despite my champions’ tour age I am yet blessed with decent eyesight so I reckoned that I could easily follow the trajectory of Rory’s ball as it flew through a Carolina sky which, at that moment, was a latticework of blue and white due to puffy white clouds.

I was mistaken with regard to the flowing bit.

I stared intently as Rory addressed the ball, noticeably blinked at it, and went into his backswing.

So far so good.

The speed at which the club shaft cut through the air was, to say the least, astonishing.

It could have been gone into the stratosphere so far as I knew.

I had been watching other drives from the raised tee, but none quite like this rocket.

I glanced to my right and at my fellow marshal, hoping that he had a clue where the McIlroy ball had gone.

Luckily, he had a better angle, being off to Rory’s right and looking at the ball from the side.

He waved his paddle back and forth indicating a straight drive.

I mimicked him, relieved that I could do something other than stand there looking like an eejit.

It was a moment to savor for sure but, as it turned out, not the only close-up of a Rory drive for the memory box.

I was lucky enough to land a ticket to the Tuesday practice day on a course that is as holy a golfing grail as you will find on this earth.

Augusta in early April reminds you why so many poets have been inspired by spring.

Spring was on hold yesterday for sure with weather foul enough to force the scrubbing of the tradition Wednesday Par 3 tournament.

Today and tomorrow are forecast to be windy and relatively chilly.

No such problem on that Tuesday in 2015 which provided an opportunity to walk the course – the biggest star of all really – and observe the best players in the world warm up for the four days of the tournament.

Happy, relaxed and unstressed the lot of them.

That said, Rory did seem to in a relaxed frame of mind as he walked on to the 18th tee.

This time I was outside the ropes, but still only a short distance away from the four time major winner.

I stood ahead of the County Down golfer this time, determined to track the ball from takeoff to landing.

I’m sure I saw that blink again.

That last part was an estimate as the ball was half way to South Carolina when it hit the turf.

But I did see the ball against the blue Georgia sky, streaking like a comet.

Rory, still only 27, is setting off in pursuit today of the one golf major that has yet eluded him.

I’m not there this time, but like his fans the world over I’ll be rooting for him over the four days of absolutely unrelaxing competition.

And wondering if he still blinks before driving his ball into that awaiting stratosphere.