With hits like "Runaway" and "Breathless," we super excited to welcome the return on the Irish pop superstars. 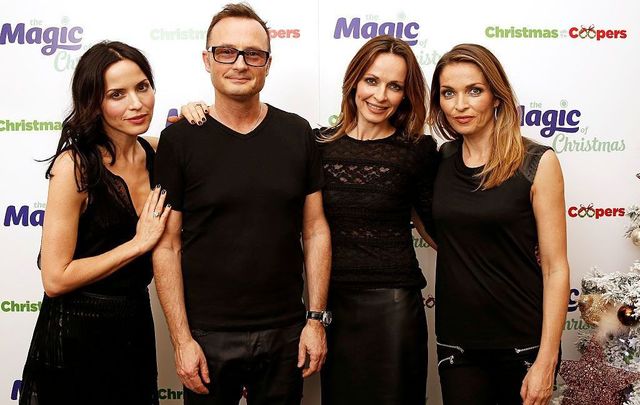 Exciting news for fans of The Corrs as the Irish band will play Irish, UK and US dates in 2020.

The Corrs US tour in 2020? This is not something we'd been expecting but we couldn't be happier that the Irish sibling superstars look set to play dates across Ireland, the UK, and the US next year, returning with massive hits such as "Runaway" and "Breathless."

The Irish pop successes - made up of siblings Andrea, Sharon, Caroline and Jim Corr - have reportedly told friends that they miss playing together and that they can't wait to get back on stage as a family to wow fans two decades on from the height of their fame.

“Performing together is second nature for The Corrs. They love doing it and the reaction they get from crowds when they play," a source told the Irish Sun.

The Corrs quickly became favorites across the world when the family band emerged in the nineties, with thanks to their unique pop sound heavily blended with elements of Irish traditional music.

With fiddles and tin whistles, as well as a bodhrán, the group could not be anything but Irish and were a massive part of the upswing in popularity of Irish traditional culture that included the famous Riverdance.

The band has released seven studio albums to date including two albums when they previously reunited in 2015 and 2017.

Their second album "Talk on Corners" was the biggest-selling album in the UK in 1998 while the group’s third studio album, "In Blue", topped the charts in 17 different countries, as well.

Having released their first album "Forgiven Not Forgotten" in 1995, The Corrs first went on hiatus in 2006.

In celebration of The Corrs' US tour 2020, here is a look back out our favorite tunes from the band:

What Can I Do:

Only When I Sleep:

Will you be heading along to see The Corrs? Let us know in the comments section, below.