Comedic legends, Steve Martin and Martin Short, discuss their Irish roots ahead of gigs in Dublin and Belfast ahead of St. Patrick's Day 2020. 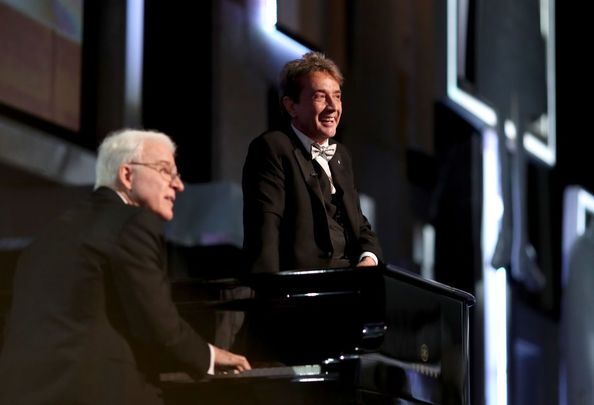 Steve Martin and Martin Short are going on tour! Getty

Comedic legends, Steve Martin and Martin Short, discuss their Irish roots ahead of gigs in Dublin and Belfast ahead of St. Patrick's Day 2020.

So where the heck have we been these past few decades…are we the only ones who didn’t realize the comic genius Martin Short is a proud Irishman?

Martin and another comedic legend, Steve Martin, are heading to Dublin and Belfast for two shows next March, just before St. Patrick’s Day. The double Martins were touting their Irish roots on a weekend interview with RTE’s Miriam Callaghan…but Short’s got the real stuff.

Read more: HBO cancels Game of Thrones prequel as another one appears

His dad was born in Crossmaglen, Co. Armagh, one of 11 kids. Elaborating further, Short said, “He went to Canada, then he met my mother and he had five children, I being the youngest.

"The others, one went to Birmingham, my uncle Frank, the father of Clare Short [the British MP], one went to New York, I have some Irish family in Brooklyn, and the rest stayed there."

An RTE report about the interview said that the other Martin – the legendary Steve – also had his claim to Irish fame.

" I actually do. Scottish and Irish and English blood. It's a legend in our family but it's also confirmed by DNA testing, but I don't know what actual Irish family [I have],” SM said.

"We're very excited about coming, I've been to Dublin and Marty and I and our former wives took a whole trip across Ireland one summer. We went to the Ring of Kerry, Limerick.”

The shows are set for the 3Arena in Dublin on March 11, and the SSE in Belfast the following night.

Here's a trailer for the duo's live show, on Netflix: