New Disney blockbuster breaks records for ticket sales in US, Canada and Ireland. 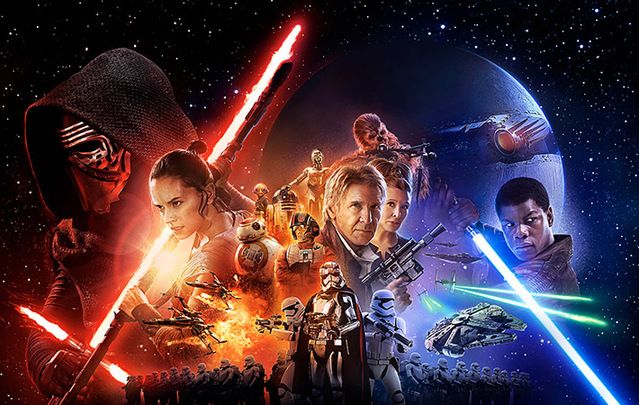 The new Disney movie "Star Wars: The Force Awakens" has broken box office records after its opening weekend during which it generated $238 million in US and Canadian ticket sales. In Ireland it broke the record for the biggest single day in ticket sales, earning $910,140 (€836,845) on its opening day.

Already the latest "Star Wars" has beaten "Jurassic World" for the top spot. The dinosaur fantasy flick took in $208.8 million on its opening weekend. Prior to these two record-breaking blockbusters "Harry Potter and the Deathly Hallows: Part 2" held the title with $43.5 million.

The latest installment in George Lucas’ franchise stars Domhnall Gleeson, and some scenes were also filmed in Ireland, on Skellig Micheal, off County Kerry. Another Irish connection emerged this week as JJ Abrams, director of the latest installment, spoke about his own Irish roots.

The 73-year-old actor – who has reprised the role of Han Solo for the much-anticipated new movie – feels "proud" of the J.J. Abrams-directed film and touched by the support of fans.

Speaking at the European premiere of "Star Wars: The Force Awakens" in London's Leicester Square this week, he said: "I'm glad people are interested. It becomes a part of people's lives and I really appreciate that they have such an intense, emotional interest in these films. It means a lot to me."