Former world champions Jessie Vargas and Brandon Rios revealed that they have heard that McGregor has been knocked out in sparring matches. 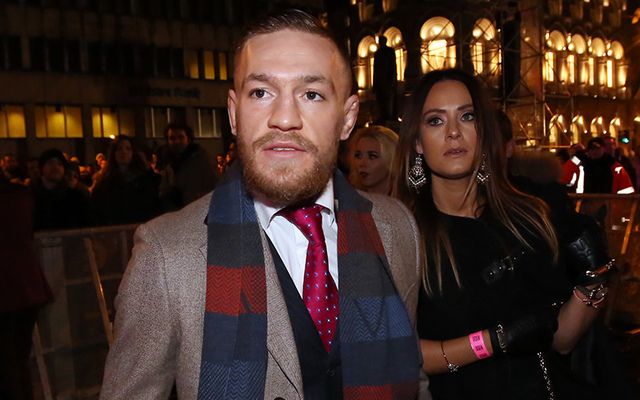 Irish UFC champion Conor McGregor may have shown plenty of confidence in his battle of the disgusting insults during last week’s press tour for his August 26 boxing bout with retired champion Floyd Mayweather, Jr., but according to those who know best, that might be the best of the action we’ll see from the Irish superstar.

Former world boxing champions Jessie Vargas and Brandon Rios have revealed that they heard that McGregor has been knocked out in sparring matches and that his boxing skills still leave much to be desired. He may stand no chance of defeating Mayweather in the ring, no matter how much he rattles him outside of it.

Vargas and Rios comment (around the 2.03 mark in the video below) that the boxing world is small and that they had heard McGregor was struggling during his sparring sessions before the high-profile bout.

While the Dublin-born UFC Lightweight Champion looks set to make a massive $100 million profit from the fight, it may be that the best of the contest is the spectacle in theatrics and bravado in the lead-up to the match-up rather than anything that might happen in the ring.

It's a tough (impossible?) feat for anybody to change sports in this manner and the Irishman may have bitten off more than he can chew in taking on the undefeated Mayweather.

As Forbes.com explains it, a standard sparring glove in boxing is 14 ounces while Mayweather is likely to be wearing a ten-ounce glove during the fight. If McGregor can’t stay afloat during the lighter practice sessions, it may be an indicator that Mayweather’s harder shots with the lighter glove could be too much for the Irish champion.

This is not the first time those in professional boxing have questioned McGregor’s abilities. Last year South African welterweight Chris van Heerden complained that footage of him sparring with McGregor had been edited to paint the Irish fighter in a more positive light. As one of the few people to bare witness to his training sessions, van Heerden released his own unedited version of the session so he could clear up any doubts about what happened.

Van Heerden made his comments during an interview with Forbes.com during which he criticized McGregor's team for releasing footage of him without his permission in addition to editing the footage to make it look as if McGregor was beating him.

What do you reckon of McGregor’s chances on August 26? Will you be watching or will it be a one-sided affair? Let us know your thoughts in the comments section.