Sinead O’Connor may perform a Eurovision entry, says “I’m a whore for a good song”

Ireland boasts a poor recent record at the competition and may benefit from someone of O'Connor's stature performing at the famous event. 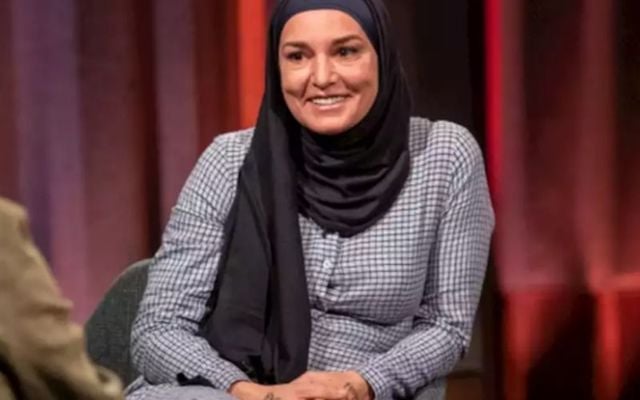 Irish singer Sinead O'Connor has hinted that she would perform for Ireland at Eurovision if she was given a "good song".

O'Connor tweeted before last week's competition wondering why she had never been asked to represent Ireland at the famous song contest.

"Always wondered why they've never sent me to sing the Eurovision song for Ireland: why send a child to do a man's job, like? I'd have blown them all off the stage," O'Connor wrote on Twitter.

Always wondered why they've never sent me to sing the Eurovision song for Ireland: why send a child to do a man's job, like? I'd have blown them all off the stage:::: 😉

However, she later revealed that her tweet was not an offer to perform at the competition and that she was simply wondering why she was never asked.

"What I said was I wondered why they never had, then, of course, all the newspapers misinterpreted that and said ‘Sinead wants to do the Eurovision, but that's not what I said," she told Brendan O'Connor on RTÉ Radio 1.

Nevertheless, she said that she would represent Ireland at the competition if she had a good song.

"It would depend on the song, I’d go anywhere to sing a good song, I’m a whore for a good song," O'Connor said.

"Either I would [write it] or somebody else would, I wouldn’t mind whether I wrote it or didn’t but I’d go anywhere for a good song."

Ireland's recent record at the Eurovision Song Contest has been disappointing, despite winning the competition a record seven times.

Ireland has only made it past the semi-final of the competition once in the last seven years and has finished last in each of the most recent two semi-finals.

No Irish singer has won the competition since 1996 and Ireland has only placed inside the top ten on three occasions in the last 20 years.