Irish folk band's stunning rendition of Óró Sé do Bheatha Bhaile is sure to get pulses racing and strike a chord with anybody of Irish descent. 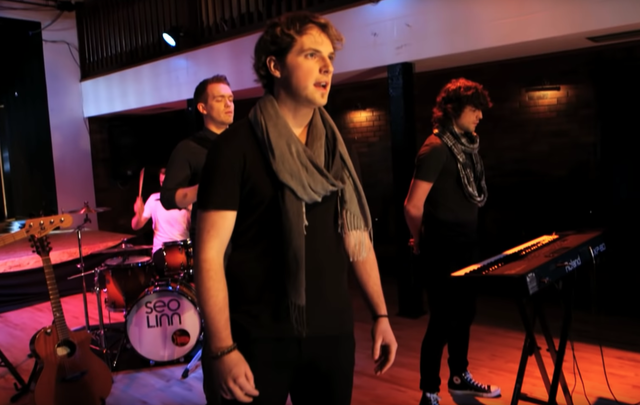 This Irish folk band's stunning rendition of Óró Sé do Bheatha Bhaile, one of Ireland's best-known traditional songs, is sure to get pulses racing and strike a chord with anybody of Irish descent.

Seo Linn's 2016 version of the age-old Irish classic opens with haunting vocals from Stiofan Ó'Fearail, the band's lead singer, and an accompanying squeezebox.

Ó'Fearail is soon joined by his fellow band members in perfect harmony as the song reaches a crescendo and evokes strong emotions of Ireland's warrior past.

Seo Linn then put a contemporary spin on the traditional Irish language ballad by introducing a number of electrical instruments, before a tin whistle can be heard over the growing din.

The band is one of the foremost Irish language groups in the country and rose to prominence in 2013 when they helped establish the Coláiste Lurgan YouTube channel.

The channel became a viral sensation after it released an Irish language version of Avicii's 'Wake Me Up' in the same year.

The band is trying to make the Irish language accessible for young people and what better way to do so than with this iconic ballad.

If you have a drop of Irish blood in your body, this song calls to it. The centuries-old ballad draws huge influence from Irish historical figures - namely Grainne Mhaol, the Pirate Queen of Connacht - and was sung by Irish rebels in the 1916 Easter Rising and the War of Independence.

The song's lyrics, reworked and reworded overtime, call for Ireland to throw out the foreigner (England) and achieve independence.

This wonderful showcase of Irish folk music is available to listen to on YouTube and Spotify. Check it out if you get the chance.