Presenter of Kerry international extravaganza faced his toughest interview yet by this year’s Rose Buds. 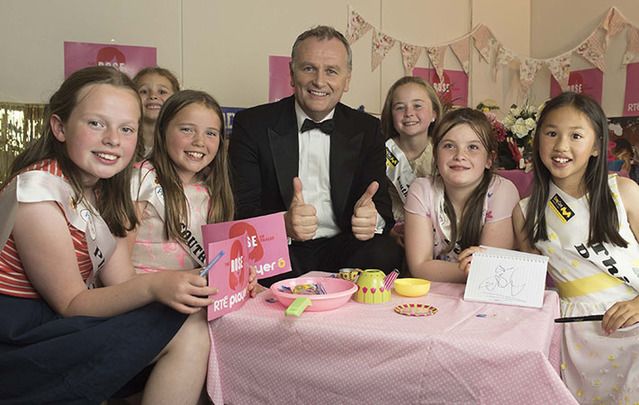 Presenter of Kerry international extravaganza faced his toughest interview yet by this year’s Rose Buds.

Not content with entertaining 65 Roses and hosting the Rose of Tralee, Dáithi Ó Sé took on a new challenge this week, facing his toughest interview yet with a grilling from six of this year’s Rose Buds.

In between high pitched shrieks, screaming and laughter, not to mention the whoopee cushion, six Rose Buds aged between six and ten, put Dáithi through his paces in one of his most candid interviews yet.

Interviewing Dáithi Ó Sé for RTÉ Player, the Rose Buds, quizzed Dáithi on everything from the whereabouts of his beard, if he took bribes, the craziest thing he has done on stage, and lots more. You can watch the full interview here.

The Rose Buds interview is part of RTÉ Player’s Rose of Tralee collection, which also features a look back at the winners and hosts of the Rose of Tralee through the years, as well as the top moments of last year’s festival.

How to watch the Rose of Tralee live and on-demand worldwide:

- Android viewers: Get the App on Google Play