Rory McIlroy is getting married this month

Rory McIlroy will marry fiancée Erica Stoll at Ireland’s Ashford Castle before the Players Championship on May 9. 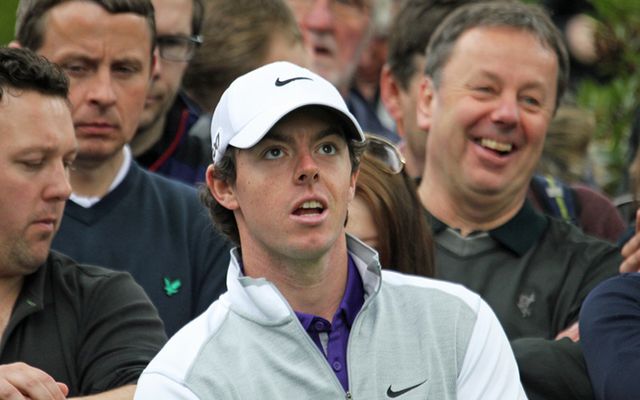 It’s an exciting time for Northern Irish golfer Rory McIlroy! He quickly shook off his disappointing performance at the Augusta National this past weekend, looking forward to his upcoming wedding with fiancée Erica Stoll.

“I am excited. It’s a great time in my life and it would have been nice to walk down the aisle in the green jacket,” he told the Press Association, with a nod to the green jacket given to Augusta champs.

The Irish Independent reports that the impending nuptials at will take place at the lavish Ashford Castle in Cong, Co. Mayo, on the weekend of April 21.

“It’s a great time in our lives and it’s all about that over the next couple of weeks and I’ll come back at the Players refreshed and a married man and start a new chapter in my life,” he said.

McIlroy and Stoll were reported to be dating in January 2015 and went public with their relationship that May.

McIlroy was previously engaged to tennis superstar Caroline Wozniacki, but ended their relationship in a three-minute phone call in May 2014, just days after invitations had been sent out for their wedding, planned for November 2014 in New York.

McIlroy said at the time, "The problem is mine. The wedding invitations issued at the weekend made me realize that I wasn't ready for all that marriage entails.”

She is famously known for acquiring McIlroy a police escort at the 2012 Ryder Cup to save him from missing his tee time, after which they remained friends.

McIlroy and Stoll got engaged in December 2015, and the golfer has gushed about his relationship, saying “I am very happy in my love life. . . If everything off the golf course is good, it allows you to be better on it as well."