Rory McIlroy is getting married in an Irish castle this weekend

He’s rumored to have spent half a million euros on the 13th-century Irish castle wedding venue alone. 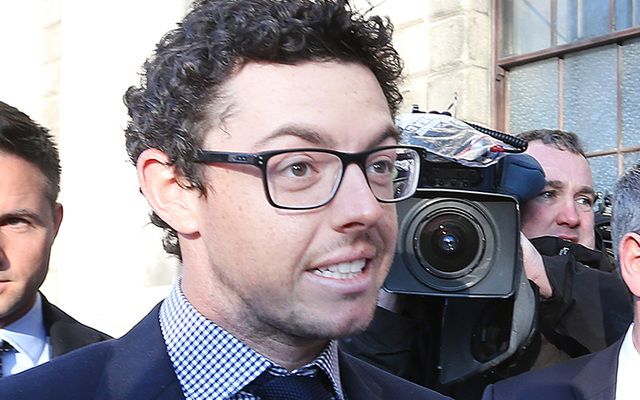 Golfing superstar Rory McIlroy is marrying his American fiancee at the ancient Ashford Castle in Co. Mayo this weekend.

McIlroy (27) was previously engaged to Caroline Wozniacki, a Danish tennis player, but the pair broke up in May 2014.

He first began dating wife-to-be Erica Stoll (29) in late 2014 and described himself as “very happy” to the Times of London a few months later.

He popped the question in Paris at the end of 2015 telling the Daily Telegraph, “I wouldn’t say I did it in the traditional way, no,” he recalled.

“We had planned to go to Paris since May; we were always going to go. Then what happened a few weeks before [the terror attacks] made us unsure. But when we got there it felt great.

"People were just getting on with things and I thought [the proposal] might make the trip even better. So we went out for dinner and that was that. It was a special way to end the year.”

The couple met on the golfing circuit and Stoll works for the Professional Golfers’ Association of America.

The marriage will take place amid high security at the Co. Mayo estate; five security guards are be hired to patrol the entrance to the castle alone and the 13th-century walls are so high residents of the small nearby village on the banks of Lough Corrib will see little if anything.

But that hasn’t dampened the hopes of locals that they might spot a celebrity out and about; “Ah, there is great excitement in the town really,” local man Jonathan Byrne told the Irish Times.

“All the locals have been coming into town in the hope of seeing a celebrity. I’ve heard no reports of any sightings and none of them have come in to me. I’ve just had reporters coming in annoying me.”

Excitement builds in the village of Cong, Co Mayo, ahead of Rory McIlroy’s wedding to Erica Stoll at Ashford Castle pic.twitter.com/RV1ow7qscC

Another local, Gerry Collins who runs the town’s "Quiet Man" museum said the small village was used to celebrity weddings but hoped this one would boost its reputation even further.

"I think this is going to give Cong and the whole area an enormous boost," he said.

"There is already a great atmosphere around the village and even the tourists, who are here for the local beauty and 'The Quiet Man' sites, are asking about the big wedding.

"Of course Pierce Brosnan got married here in Cong as well so this is a special place for celebrity weddings.

"Hopefully, Rory McIlroy's decision to get married in Ashford Castle will persuade a few more A-listers to walk down the aisle here.”

Jamie Dornan and Niall Horan are all set to arrive in Mayo for Rory McIlroy's wedding https://t.co/lYVFK7jFcb pic.twitter.com/t5Koacc7E0

With such a storied array of millionaires on their way, the castle’s helipad has been put to regular use and a no-fly zone designated over the castle.

McIlroy and Stoll are thought to have hired the castle for the week and are estimated to have shelled out around half a million euro on their wedding; the castle’s presidential suite, named after President Reagan who stayed there, costs $4,279 a night alone.

And McIlroy was said to be “relaxed” by American tourists also staying at the castle.

“To be honest even when we heard Rory McIlroy was getting married we didn’t know who he was,” Pauline Baker from New Jersey said.

“We had to google him. Then we saw him at breakfast. To be honest he looked just like any other young guy sitting there having breakfast with his friends. He seemed really relaxed.”

As for where the happy couple will end up on honeymoon remains to be seen; McIlroy has said it will be “in the middle of nowhere” for ten days.