The Irish American star told Conan O'Brien “I did one of those genetic testing things and I found out that I’m 63 percent Irish." 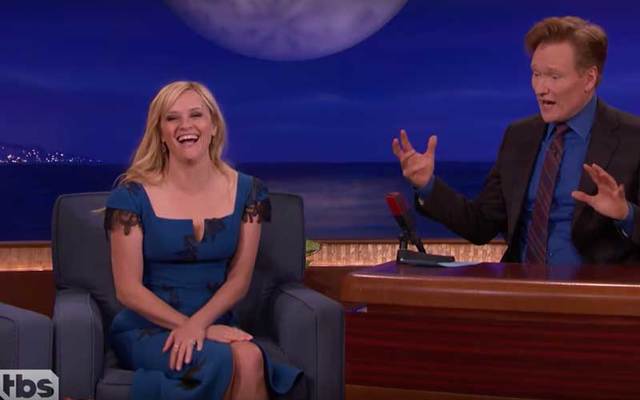 Actress Reese Witherspoon, who recently discovered her Irish roots through Ancestry DNA testing, was shocked but happy to find that she was 63 percent Irish.

The 41-year-old revealed the news to host Conan O’Brien’s on his late-night talk show, Conan.

“I called your producer on the way here in the car because I was very excited,” she said on the show.

“I did one of those genetic testing things and I found out that I’m 63 percent Irish.

“I had no idea. I had no idea! I thought I was Scottish and Welsh. It turns out my parents are just full of s--t, I guess. But now I’m Irish!

#Conan tonight, y’all! I might have something to say ... 😉⭐️ @teamcoco @tbsnetwork

The Oscar winner then proceeded to make some cringe-inducing stereotypical Irish jokes.

“It just makes so much sense, I’m a really good drinker. I love St. Patrick’s Day. Potatoes are delicious. I’m looking forward to meeting all my cousins.”

Taking on a rather bad Irish accent, she said: “Now I get to say things like, ‘It’s in me genes! I love that Conan’ O’Brien; he’s such a nice fella.’”

She even joked to Conan about his resemblance to a certain Irish symbol.

She said: “You’re kind of like a giant leprechaun.”

The Irish American actress was on the show to promote her upcoming film A Wrinkle in Time.

Unlock your ancestry with a DNA kit