Rare footage of when Muhammad Ali did an Irish tourism promotion

“The Greatest” had Irish roots tracing back to Clare but did you know he also did an Irish tourism video? 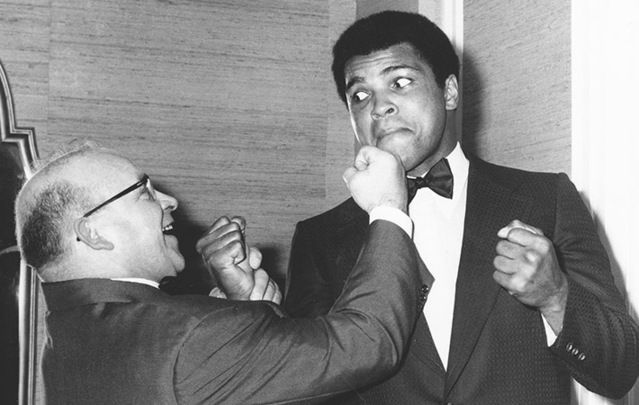 Muhammad Ali with Butty Sugrue, the Kerryman who co-promoted the fight in Ireland in 1972. RTE

Muhammad Ali had Irish roots tracing back to the Grady family from Clare but did you know he also did an Irish tourism video?

Not too many do, which makes this YouTube gem even more precious. It starts with Ali deplaning in Dublin then goes to his voice over of tourism highlights.

Among those highlights are the green countryside, which amazes him, Irish hurling and football, which he jokes looks so dangerous that he will stick to boxing, and of course, Irish whiskey.

Included is video of a distillery, a jaunting car, a man thatching a roof and several shots of farmers cutting hay.

Read more: Exclusive - Liam Neeson on the greatest of them all, Muhammad Ali

Ali fought once in Dublin, easily defeating Al Lewis in 1972. He was back twice more for the world Special Olympics in 2003, when he playfully took a punch from one of his greatest admirers, Nelson Mandela, and again in 2009, when he visited Clare to see his roots.

Of that trip his wife Lonnie Ali stated:

“I have never seen anything like this before and neither has he. He was overwhelmed by it, really ecstatic. It was better than any medicine you could give him. He was excited and surprised by the outpouring of people, even the children who were out in the street. It was wonderful.”

Read more: The Greatest, Muhammad Ali, was very proud of his Irish roots